Our History with Murder 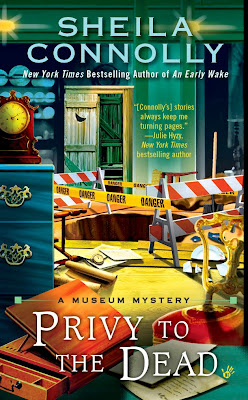 
I’ve been on the board of the Pennsylvania Antiquarian Society for years, just like my father before me and his father before him. I guess we've always kind of treated the place as our own private library, although I don’t interfere with the staff, who take very good care of the collections. I loves to share those amazing collections of books and documents and photos and a whole lot more with the public.

I had a hand in getting Nell Pratt appointed as president of the place a while back, and I have to say it was one of the best things I’ve done for the Society. You see, most of the board, and most of the members, tend to be kind of stodgy, to put it kindly (I don’t count myself among the stodgy ones!). Nell isn’t stuffy at all: she’s smart and hardworking, and she has some good ideas.

But she also seems to attract murders. Not her fault, but it keeps happening.

Recently some poor guy got hit by a car outside the Society building. Sad, but I thought it had nothing to do with us. I was wrong. Turns out he’d been working on the renovations to our building (which were paid for by someone Nell helped with another murder), so there was a connection. I really hoped it was just an unfortunate hit-and-run, but nope, it was a lot more complicated than that, and everything pointed right back to the Society.

And to me. That’s right. Turns out my family had something to do with the man’s death. I didn’t want to believe it myself, but I figure I can’t rewrite history just because I don’t like some parts of it. The Terwilliger family has been part of Philadelphia for a very long time, so I suppose there had to be some blots on the family honor in there somewhere. I guess I should feel happy that we finally learned what really happened in a murder that took place more than a century ago.

That’s the Society’s mission: to preserve and interpret history. Even when it includes murder.

Privy to the Dead (Museum Mystery #6) will be released on June 2nd!

You can find it at Amazon and Barnes and Noble.