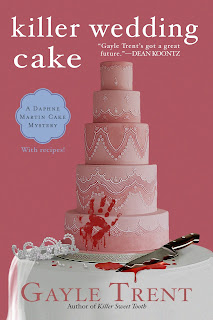 My daughter, Daphne, is getting married next week...for the second time. Her first husband, Todd, really had her mother and me fooled. I'd have gone to Tennessee and got my little girl had I known how he'd been treating her. We didn't know they weren't happy until the night she called and said the police took him to jail because he shot a pistol at her.

The man took a gun and shot at my little girl! Can you imagine that? I wanted to kill him!

Of course, you could argue that Daphne isn't a little girl. After all, she's just shy of her forty-first birthday. But she's my little girl, and she always will be. Age doesn't factor into that.

She's beautiful--my Daphne. Her sister Violet is too. And, although I love my girls both the same, I guess you could say that Daphne and I have always been closer. Vi and her mother have a special relationship, so it's only right that Daphne and I would. While Vi and her mom were inside doing their nails or looking at fashion magazines, Daph and I would be in my workshop. She'd hand me nails and tools and talk with me while I worked. That was nearly thirty years ago. Why does it feel to me like it was only yesterday?

I think a dad reaches a point where he sees his children grow up, and he realizes they're getting older, but he just doesn't want to accept that incessant march of time. Wasn't it just a couple of years ago that Daphne was taking her first steps? A month ago that she was graduating from high school? I can't watch that movie Father of the Bride without getting a lump in my throat. The movie really nails how a dad feels watching his little girl grow up. If you've never seen the movie, watch this clip, and you'll know what I mean.


Is it just me? Or does everybody wonder why time seems to be flying by so quickly?