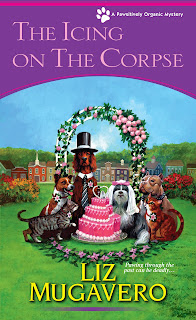 
Hi everyone, Nutty here. So excited to visit Killer Characters. You all know me by now, I presume? I’ll offer a quick introduction, in case you don’t.I’m a very handsome Maine coon cat. I came to Frog Ledge with my human, Stan Connor, after she had one of those things humans call “life events.” I’ve had a few life events myself that I’m fairly certain warrant a bit more attention, but we all know how humans are.In any event, we moved into a very nice house here last year, and Mom took up cooking and baking her gourmet food for all creatures. She used to only do it for me, because I’m special, but I suppose it works out having a larger audience. I get to sample everything.

Life in Frog Ledge has been interesting, to say the least. First, we’ve encountered a few…tragic events. A couple of people have ended up dead. Including my veterinarian-to-be, in one instance. And now, well, I’m hearing rumors there’s been another one. It all started when Mom went to this Groundhog Day party. A strange reason for a party, in my opinion. I ran into a few of those groundhogs when I used to live outside, and let me tell you, they’re not that friendly. Anyway, she was all worked up about baking a treat for this creature, but something happened.Something bad, it sounds like.
Mom talks to me a lot about this stuff. Even though we now have a lot more animals around than I’d prefer (that’s another story for another day), I’m still her best confidant. She trusts me not to talk, unlike some of the others. That schnoodle, for example—you can’t depend on dogs to keep their mouths shut. So I get to hear all the juicy stuff.Apparently, the town historian has been killed. Pushed down a flight of stairs. Who does that to an old lady? I mean, really. Everyone is upset, and now there are some ghost hunters in town causing a ruckus. 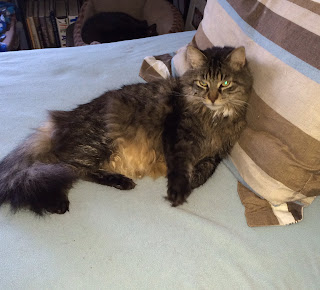 Mom’s excited about that (wait, I’m not supposed to tell anyone about that especially—you all won’t tell, right?) but a lot of other people aren’t. Including Jake, the guy from the bar that hangs out here a lot. I like him, but he has a dog too. Between the schnoodle, the pit bull, and Jake’s goofy dog, there are too many canines around here these days.But I digress.

I’m worried that Mom’s going to get too involved in what’s going on. She tends to do that. People like to tell her things, so she gets pulled into a lot of drama. But she does have something else to keep her occupied—a doggie wedding.Yep, you heard me right. I’m mortified. I can’t even believe she’s agreeing to do such a thing. I mean, whoever heard of a dog wedding? It’s embarrassing. Although I’m getting all the test cake and pastry, so that part’s okay. But I certainly won’t be attending.

Who knows what’ll happen anyway, with all the crazy stuff going on? I sure wish people would stop dying so my mom can put all her attention on our food. Maybe you guys can talk to her about that, as friends?Thanks bunches.xo, Nutty 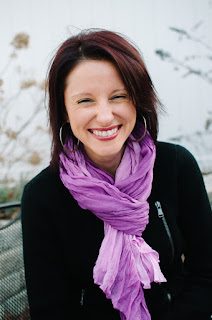 Kneading to Die, 2013 Agatha nominee; A Biscuit, A Casket, and The Icing on the Corpse
www.lizmugavero.com
Facebook
Twitter
Wicked Cozy Authors
Submitted by Jessie Crockett