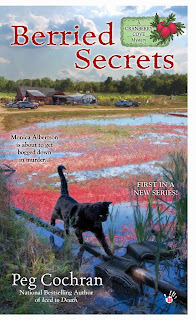 Monica drove down the hill toward Cranberry Cove where lights twinkled in the distance and she could see the black expanse of Lake Michigan and the white tips of the waves.  The moon was full and shone across the waters of the lake illuminating Beach Hollow Road in a golden glow.  She was headed to the church where they were hosting a trunk or treat for Halloween.

A crowd was already beginning to gather when Monica arrived at the church parking lot.

“Hello.”  Hennie VanVelsen’s fluted tones drifted across the parking lot as Monica approached.  “What do you have there?”  Hennie eyed Monica’s baskets.

“I’ve made some fresh cranberry cakes and muffins from the crop Jeff and his team just finished harvesting,” Monica said, momentarily putting her baskets down.  “They won’t appeal to the children, but the parents should enjoy them.”

“I remember,” Gerta began, “the one Halloween when it rained buckets as we went door to door.  Do you remember, Hennie?”  She turned toward her sister.  "We were around ten years old."

Hennie nodded.  “I’ll never forget it.  Our parents had given us a paper grocery
sack--“

“We didn’t have the plastic pumpkins and bags the children have today,” Gerta interrupted.

Hennie gave her sister a quelling look.  “As I was saying, we had a paper sack and it was raining.  The sack was a little too big—“

“Or we were a little too short.”  Gerda laughed.

“And I didn’t realize I was dragging it along the ground,” Hennie said with a stern look at her sister.

“And it broke,” Gerda finished triumphantly.

“And we lost all our candy,” Hennie said.  “Right there in the road outside the Bylsma’s farm house.”

“Oh, you must have been terribly upset,” Monica said.

The sisters looked at each other and shrugged.  “We stuffed as much of the candy as we could in our pockets,” Hennie replied.  “And still managed to have a wonderful time.”

They turned toward Monica.  “What are your Halloween memories?”

And what are yours?

Stop by my web site and sign up for my newsletter for advance news of giveaways and cover reveals and join the fun with me on Facebook! 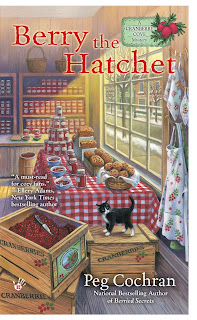