Evie Bloomfield here from Braking for Bodies. Well, we’re getting ready for Halloween on Mackinac Island just like everywhere else but this year things are creepier than ever up here in the land of no cars and lots of bikes and horses. That new guy from LA, Peephole Perry was just found dead as a skunk right there in front of The Grand Hotel! 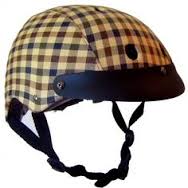 And guess who found him? Me! Last night I was riding the Sherlock Holmes bike that I’d just painted up with deerhunter hats, pipes and book titles up to the Grand Hotel to be delivered and in the dark ran into a garbage bag right there on the path.

I slammed on the brakes, went sailing ass over appetite over the handlebars and landed on the bag. The bag was big and full and that kept me from getting skinned up like roadkill but the bad news was that Peephole Perry was inside! 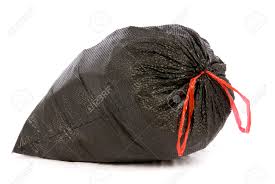 Who would want to kill the Peep? Lots of people! He got the name Peephole from looking into everyone’s business. But what is the Peepster doing on Mackinac Island? Is he on the run? Did someone finally get the goods on him and threatening him? Or is he on the trail of another victim to shake down and blackmail? 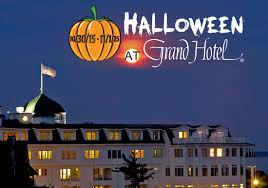 It will be an interesting Halloween here on Mackinac Island as we all try and find the killer before he kills again. As we sit around and talk clues and suspects and try and stay one steep ahead of the killer we need nourishment so I’m making Evie’s Easy Dumpcake and sharing the recipe here with you.

Spray a 9X13 pan, spread pie filling evenly, spoon pineapple over this, sprinkle cake mix over this, drizzle melted butter over cake mix, sprinkle coconut then nuts. Bake 1 hr at 325.
Top with whipped cream tinted orange to celebrate the season and sparked with a dash of almond flavor. Deish! 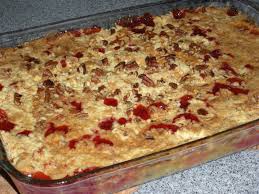 Happy Halloween and may the garbage bags you come across be filled with lots of candy and no dead bodies. And if you could have that bag filled with candy what would you eat first? Baby Ruth? Snickers? Kit-Kat? Let me know and I’ll send you one big candy bar!! 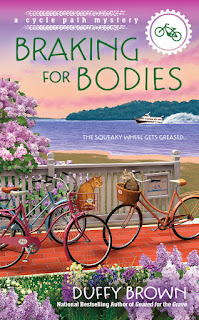