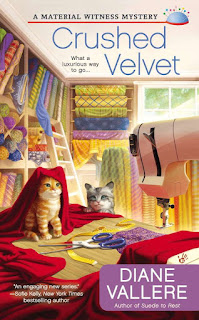 You know how sometimes you meet somebody and everything about them is wrong—they judge you before they know you, they assume you’re out to get them, they insult your family, and they accuse you of, well, let’s not get into the accusations. You know that feeling? That’s what happened when I first met Poly Monroe. It was last year. She came to San Ladrón to inherit her great uncle’s fabric store. I was there because I work for my father’s development and investment firm and he’s been interested in the property but had another appointment so he sent me. It was strictly business. But then Poly fell through a window (what kind of a girl climbs through a window?) and knocked me over.


You’d think, after a first meeting like that, I would have learned to steer clear of her.
I’ve never met a girl like Poly. She’s smart, resourceful and loyal—at least with her friends. A little foolhardy. She’s taller than most girls, but she’s the klutziest one I’ve ever met. Even though the situation with the fabric store worked out (in her favor, I might add), she doesn’t seem to trust me, and all because my family has money and hers doesn’t.


After private school, my dad expected me to follow in his footsteps: Harvard, then back to San Ladrón to work for him. But when I said I wanted to go to William and Mary instead, he said I could do it on my own. I did, too. Took a couple of years to work whatever jobs I could find and got a partial scholarship. I paid for my own education and proved to my father that I didn’t need him to bankroll my life. After I graduated, I stayed on the east coast and worked for an investment firm. At least until my dad had a heart attack. That’s when I moved back to San Ladrón to help him out, which is how I ended up at the fabric store the day Poly fell on me.
You want to know the truth? Having money doesn’t make life easier. It makes it different. I’d rather have had two parents who loved each other than two who divorced and now are in a constant battle of wills. Poly had that. Her parents are still together and you can tell how close they are just by being around them. I’d like to have that someday.


In the meantime, I think I’ll try to prove to Poly that man cannot be judged by wallet alone. I haven't figured her out yet, but something about her makes me think she's worth the effort.
Submitted by Unknown