October is a GREAT month for Mystery!

Killer Characters for October
A full month of great mysteries!

Rory Chasen, now the manager of the Lucky Dog Boutique in Destiny, California, is delighted when her best friend Gemma arrives a day early for her visit. Gemma’s just broken up with her boyfriend in Los Angeles, so Rory is especially eager to cheer her up. But before they get a chance to talk, two of the town’s most eligible bachelors sidle in. Their amorous advances—and an unexpected job offer—seem to take Gemma’s mind off her ex until he arrives in Destiny. As Gemma tries to sort out what to do, one of her suitors is murdered, leaving Rory to wonder if a black cat has crossed Gemma’s path. Is Rory’s friend guilty of murder—or is she just having a run of bad luck?

Everyone’s favorite retired witches from Spell Booked have returned and are diving into troubled waters to find a sinister sea witch. A sea witch has been leaving bodies in her wake up and down the Carolina coast, baffling authorities who are finding drowning victims with no water in their lungs. The fin-icky female will continue to kill young male witches until she finds her perfect man—the one who survives her mating ritual—so she can live for another hundred years. And now coven hopeful Brian Fuller is about to be ensnared in her net. Retired witches Molly and Elsie, along with the ghost of Olivia and her daughter Dorothy, need all the help they can get to stop the sea witch. Aided by a selkie and a crème puff–craving mermaid, they’re determined to keep Brian out of her murky clutches. But are they all about to get in over their heads? 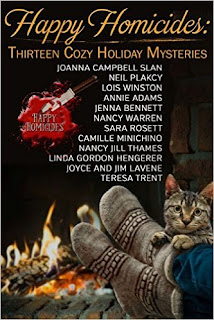 Wedding bells are ringing for Meg and Seth in the latest Orchard Mystery from the New York Times bestselling author of Picked to Die. The fall harvest may be just about over, but orchard owner Meg Corey is busier than ever planning her wedding to Seth Chapin. Who knew picking apples would be less work than picking out rings and a dress? And even though the happy couple has invited most of Granford, Massachusetts, to the ceremony, they might have to make room for one more guest.

In the latest from the author of Murder, Served Simply, an Amish man checks out permanently, but quilt shop owner Angie Braddock’s got this mystery covered. With so much to do between running her shop and spending time with her new boyfriend, it’s amazing Angie is able to help organize the Rolling Brook library's annual book sale. Luckily she’s working alongside brash librarian Austina Shaker, a lady who isn’t afraid to make waves to get books to her patrons—even the Amish. Unfortunately, this draws the ire of cranky Bartholomew Belier, an Old Order Amish bishop, who publicly vows to ruin Austina. And she certainly might be ruined after Belier is found dead in her bookmobile. Now Angie must employ the help of her loyal quilting circle—as well as her beloved French bulldog, Oliver—if she hopes to prove Austina’s innocence before the real killer books it. INCLUDES QUILTING TIPS


Andi Boggs and her best friend Colin Carter are at it again … in this third book of the Andi Boggs series, Andi Unstoppable, school has begun for the two Killdeer middle schoolers and the science teacher has a great idea! He is an expert birder and wants his class to share in the fun. In a birding group with Colin and her biggest school rival, Ava, Andi sets out to be the first student in class to spot the elusive Kirtland warbler but ends up spotting the town’s resident ghost instead! Together with her friends, Andi takes on another small town mystery—is the legend of the ghost of Dominika Shalley more than just a story? And does her sudden appearance have anything to do with the holes the friends find in the Shalley graveyard as they look for the rare bird? 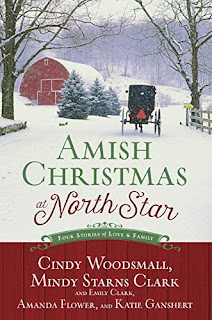 One night four lives entered the world by the hands of an Amish midwife, just outside North Star, Pennsylvania. Rebekah’s babies, as they are called, are now grown adults and in four heartwarming novellas each young person experiences a journey of discovery, love, and the wonder of Christmas.

Nursing a broken heart, Robbie Jordan is trading in her life on the West Coast for the rolling hills of southern Indiana. After paying a visit to her Aunt Adele, she fell in love with the tiny town of South Lick. And when she spots a For Sale sign on a rundown country store, she decides to snap it up and put her skills as a cook and a carpenter to use. Everyone in town shows up for the grand re-opening of Pans ‘n Pancakes, but when the mayor's disagreeable assistant is found dead, Robbie realizes that not all press is good press. With all eyes on her, she'll have to summon her puzzle-solving skills to clear her name, unscramble the town's darkest secrets, and track down a cold-blooded killer--before she's the next to die.


An ailing Cliff Cooper says he’s dying and insists upon dictating his last will and testament to Jessica Fletcher:  Real estate agent Eve Simpson is to sell his house and give the proceeds to Cliff’s grandson who lives in Alaska.  Sounds simple enough, but as always, nothing goes according to plan. While Eve is stuck with trying to market a white elephant of a house, chock full of thousands of books and suspected of being haunted, Seth Hazlitt, Jessica’s good friend and Cabot Cove’s favorite physician, suspects foul play in Cliff’s demise.  Jessica is caught between the two and has to juggle their competing needs while an ambitious medium and a pair of pixilated twins pull the tale in different directions, much to the confusion of Sheriff Mort Metzger.

This Christmas, event planner Jenn Christensen has come back to the winter wonderland of Mackinac Island, Michigan, to race for charity in the Santa Fun Run, rekindle her love for CSI tech Shane Carpenter, and indulge in her BFF Allie McMurphy’s fabulous fudge. But there’s one event she didn’t plan—chasing down a killer. After finding a deceased Santa in a snowbank, she’s shocked to discover the police suspect her of murder. It’s up to Jenn, Allie, and a helpful golden retriever named Marley to catch the killer and find out who’s at the top of the naughty list.
Submitted by Unknown