Watch for the Dead 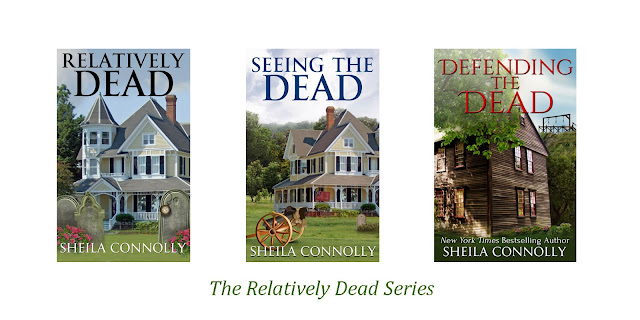 You’d think that after almost a year of living with this “gift” that I have—seeing my deceased ancestors—I’d be used to it. Nope. Every time I think I have a handle on it, something—or more often someone—pops up, and I have to try and understand why. Who is it, and why did he or she appear then, in that particular place?

If I had a complete family tree going back to the first ship, at least for my Massachusetts ancestors, I’d know the places to avoid when I wasn’t in the mood to see someone new. But that would be thousands of names, by the time you get back to sixteen-whatever, and nobody has that kind of family tree neatly laid out. So I keep bumbling along and stumbling over people, usually without any warning. It’s unsettling.

Ned and I are getting along fine, living in his creaky Victorian house (the one with the view of the cemetery out the back). I spent one day a week this past summer looking after Ellie, my former boss’s daughter, who shares this thing I have because…well, it’s complicated. Leslie is pretty much okay with it now, not that she has a choice. Ellie’s only eight, and I guess this ability to “see” is stronger in kids, who haven’t learned that most other people don’t see dead people. I’m trying to help Ellie handle it, but I feel like I’m walking a tightrope with Leslie, and I don’t want her to stop letting me spend time with Ellie. 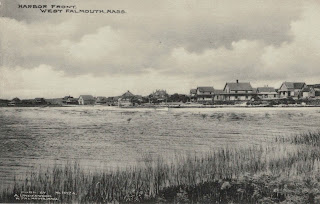 Then at the end of the summer Leslie’s husband got sick and needed emergency surgery, and Leslie asked Ned and me if we could take care of Ellie for maybe a week. That was fine with me, of course. Ned found us a beach house on Cape Cod that belonged to a friend, that was vacant for a week (you have no idea how rare that is! It's one of those in the postcard there, but I can't tell you which one.), so that we could all take a real vacation. Well, as you’ve probably guessed, things didn’t work out quite the way we planned. I should be used to it by now.

Of course we ran into someone we weren’t expecting. And a kitten, who sees the same dead people that Ellie and I do. Leslie’s not too happy about it, but Ellie refuses to give the kitten up, and she is taking good care of her.

We all have so much to learn!

The fourth book in the Relatively Dead Series, Watch for the Dead, will appear any day now—really!