It’s Christmas in Christmas Town! Perfect time for a #Contest!

By Merry Wilkinson from Vicki Delany’s Year Round Christmas Mysteries 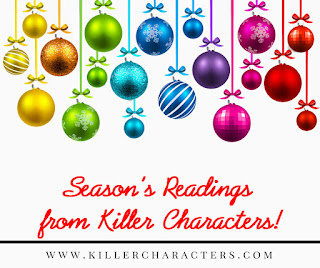 The town of Rudolph, New York is a Year-Round- Christmas destination.  You might think that because we celebrate Christmas all year, we are bored and jaded when the time actually arrives.  Anything but.

In Rudolph we lived and breathed Christmas all year long. You might think that would make us hard and cynical when the time arrived, but somehow it made me love the real thing all the more. And I knew the majority of my fellow townspeople felt the same.
**
Grinches don’t live in Rudolph for long.
**
Everyone loved being in the parade, but getting ready and assembled in all the chaos was extremely stressful. Children, not to mention their mothers, could be brought to tears, and more than one fist fight usually threatened to break out. Over the years, I’d heard hundreds of people swear never to do it again. A month later they’d be back, signing up for the parade once again.
As the pure young voices rang out, I could see people visibly relaxing. Grins appeared on ruddy faces, and folks gave their neighbors warm smiles and exchanged handshakes.
The Christmas magic was back.
From Rest Ye Murdered Gentlemen by Vicki Delany

Here are some pictures taken around Rudolph. I hope they help put you in the Christmas mood!

(Note from Vicki. Rudolph isn’t actually a real place, so the pictures were taken in Quebec City.) 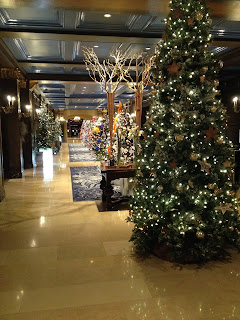 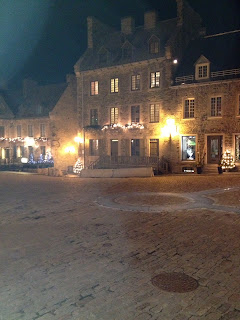 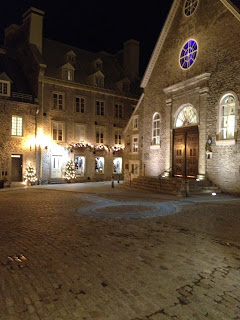 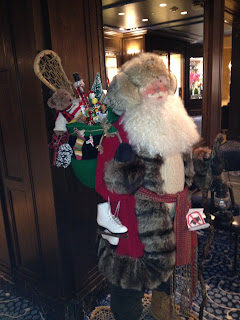 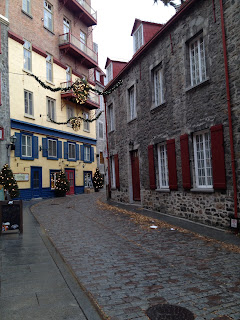 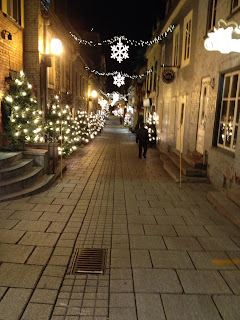 As part of our Seasons Readings festivities, and to help you get in the mood, I’m offering a signed copy of Rest Ye Murdered Gentlemen, along with a charming tree ornament with a puppy peeking out, and a package of holiday themed tissues featuring none other than Matterhorn, Merry’s Saint Bernard. 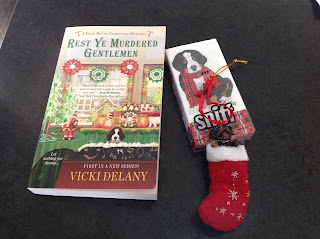 Please leave a comment with your email address to enter the contest.  And then Like Vicki Delany & Eva Gates' Facebook Page for news about new books and more contests coming soon. Contest closes evening of December 2.
Submitted by Vicki Delany