Where’s Tony Randall When You Need Him? 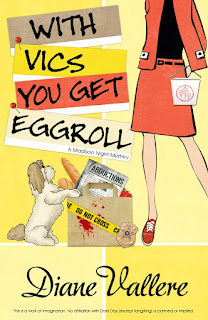 
It’s three o’clock in the morning and I can’t sleep. This has been happening more and more lately. Fragmented memories of my past have been manifesting in my dreams. I wake, not able to tell the difference between my dreams and reality. Some nights I don’t want to go to sleep. I’m in the middle of a Doris Day movie marathon, but even Pillow Talk can’t relax me tonight.
It’s hard to believe that six months ago a killer terrorized Lakewood, Texas. After weeks of not knowing who was behind the attacks, I think a lot of us were starting to wonder if we’d ever feel safe in our own homes again. And the reality of something like this is that resolution does not bring relief. It’s over, but yet—the unease, the sense that you can’t trust anybody—doesn’t go away over night. I’m starting to wonder if it’ll ever go away.


I’ve always been independent, especially since moving to Dallas and starting over after—no. I’m not going to think about that. But when I made that decision to move here, I knew the only person who could look after me was me. It’s been a few years now, and thanks to the success of Mad for Mod, my mid-century modern decorating business, I’ve made contacts with people who have turned into friends. People like Joanie Higa, owner of Joanie Loves Tchotchkies, clients Connie Duncan and her husband Ned, and Richard Goode, who operates the classic theater where I volunteer. And of course there’s Rocky, my Shih Tzu, who’s curled up next to my bad knee right now.
And then there are the other kinds of friends: Hudson James and Tex Allen. Two men who couldn’t be more different: a handyman and a police detective. They’ve both gotten under my skin in different ways. And even though I’ve chosen one, I can’t help wondering, can I really turn my back on the other? Or are our lives inextricably knotted together because of what happened?


I don’t know—not the answer to this, not the answer to the other things. But the big question, the one that really keeps me awake at night, is why can’t life be more like the movies?
Madison wants to know: what Doris Day movie would YOU watch to help overcome insomnia?
Submitted by Unknown