All I want for New Years is Dev 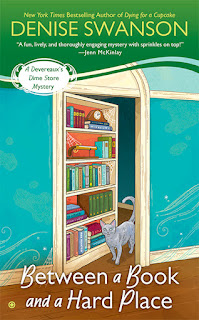 Do you watch all those medical shows on television? You know, like Code Black and Grey’s Anatomy. Now that I’m a doctor myself I can’t stand to watch those programs, but growing up, I loved watching reruns of Marcus Welby, MD. By the time I was twelve, I knew two things. One, that I wanted to be a doctor, and two, that I loved Devereaux Sinclair.

So far, my first goal is working out much better than my second one. I was the top of my class in high school and was accepted into the combined B.A. and M.D. program at the University of Missouri’s School of Medicine, which had allowed me to graduate in six years. Afterwards, I did a three-year residency in family medicine, then returned to my hometown of Shadow Bend, Missouri, and opened the Underwood Clinic. It’s the only medical facility in a forty-mile radius and I’m happy to provide medical services to the community. On the negative side, the clinic is always crowded, and due to long hours and low pay, it took me a while to lure another physician into joining my practice.

I hope now that I have, I’ll have more free time to work on the second goal in my life plan, marrying Dev.

Unfortunately, although we were off to a good start, going steady when we were teenagers, our relationship had a bit of a stumble when her dad was accused of embezzlement, then convicted of vehicular manslaughter and sent to prison. Up until that point, even though my mother wasn’t thrilled, she tolerated Dev as my girlfriend, but after that, Mom waged all-out war to make me break up with Dev. I resisted all her threats to cut me off without a dime, send me to military school, and even kick me out of the house, but when she said that she’d make sure Dev’s grandmother was investigated for collusion on the embezzlement, I ended things with Dev.

And that’s where things stood for close to thirteen years. But six months ago, Dev finally let me explain what had happened and agreed to give me another chance. There is one little problem. Although, she’s agreed to date me, she’s also seeing Jake Del Vecchio. I’m praying that if she and I are together enough, Dev will see that I’m the man for her and tell Deputy Dawg goodbye.

With Dev’s mother back in town and the number one suspect in her husband’s murder, I’m going to do everything in my power to help her figure out the identity of the real killer. And since Del Vecchio’s ex-wife is recuperating at his ranch, Jake will be too busy to help Dev. I, on the other hand, plan to spend a lot of time working on the case with her. And by the time the killer is in jail, I’m positive Dev will realize that I’m the guy she loves.

What do you think? Are you team Noah?

---
Between a Book and a Hard place debuts March 1. Preorder now!
Amazon

---Denise Swanson is the New York Times bestselling author of the Scumble River, Devereaux’s Dime Store, and Stephanie Danielson mystery series. As well as the Change of Heart romance series.