Happy New Year to everyone from the gang at Killer Characters 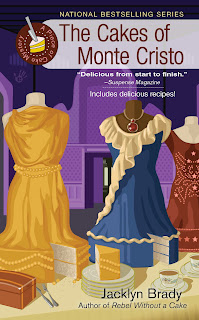 Rita Lucero, co-owner of New Orleans’s Zydeco Cakes, is thrilled to be catering an annual ball held at the Monte Cristo Hotel. Designing the high-end desserts is her priority—until she stumbles upon a mystery long-buried at her shop. It’s an ornate ruby necklace, hidden underneath her staircase and rumored to be cursed.

After the gem’s appraiser suddenly drops dead and Rita herself is targeted by a menacing stranger, she’s no longer laughing at local superstition. Now with five cakes on order and an investigation into the necklace’s past revealing layers of unsettling clues, Rita has reason to keep looking over her shoulder while she’s frosting. Because any way you slice it, the next victim of the legendary curse could be her. 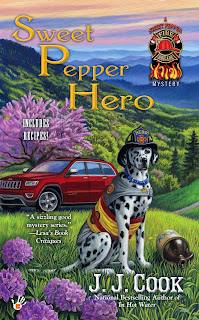 Old rivalries heat up in the fourth Sweet Pepper Fire Brigade mystery from the national bestselling author of In Hot Water.

Fire chief Stella Griffin has been put in charge of judging the annual recipe contest, but Eric—her resident ghost and true culinary genius—has vanished. Before she can track down his latest haunt, she’s called in to investigate a local moonshine distillery that was set ablaze, making her realize there’s more than pies and cakes cooking in Sweet Pepper.

As rumors of a revived whiskey war ignite, Stella turns to the town’s elders to help her find answers. The past might have some clues as to what has sparked the present fires. But when following a lead lands her in buried rubble, Stella realizes she must extinguish this case fast or she might be going down in flames. 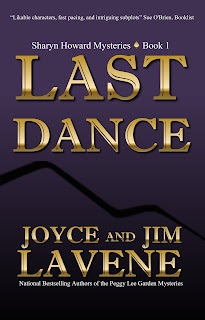 The first mystery published by the bestselling writing team!

When the prom queen is found brutally murdered, Sheriff Sharyn Howard recalls that a similar murder occurred on the night of her prom ten years ago. Her father was the sheriff of Diamond Springs, and the man he sent to prison for the murder now sits on death row awaiting his execution. But Sharyn's convinced there are too many similarities between the two murders and that the true killer is still at large.

Her move to reopen the first case pits her against the community and her mother, who feels she'll destroy her father's reputation in the process. But Sharyn is determined to discover the truth and catch the real killer before he can strike again.