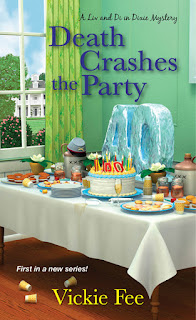 “Students, faculty, Principal Blevins, I’m so pleased to be here with you today…”
No, no, no. Too formal. And too boring,” I thought, scratching through the words I’d just written in the notepad on my desk.

Nancy Blevins, the principal of Dixie High, had invited—or more like strong-armed—me to talk about my party planning business at the school’s annual career day program, which was tomorrow. And I still had absolutely no idea what I was going to say.  If I waited until the last minute like this when it came to planning parties for my Liv4Fun clients I’d be out of business in a hurry.

For the most part, however, I have all the business I can handle, with the able help of my part-time assistant, Holly. I’ve been amazed at the size and scope of some of events we’ve pulled together in the past two years since I launched my business.

Our most recent coup was a fortieth anniversary party for two extremely high-maintenance clients, Violet and Walter Erdman. The first challenge was finding a way to satisfy both of them, even though they had radically different ideas about the kind of party they envisioned. She wanted ladies in elegant attire lounging on a moonlit veranda, enjoying the strains of a Dixieland band. He wanted he and his friends dressed in overalls enjoying bootleg whiskey from his cousin Vern’s still.
Managing to please both Mr. and Mrs. Erdman had been a triumph, but there were certainly some complications along the way.

Finding a dead man in the Erdman’s deep freezer and another corpse in their garbage can was inconvenient. Especially since I had desperately needed the freezer space for the oversize ice sculptures Mrs. Erdman insisted on.
It didn’t help that the two dead guys were criminals who had worked for my husband’s trucking company, and that both my husband and father-in-law had fallen under suspicions from the FBI. Tracking down a killer with the help of my best friend, Di Souther, occupied quite a bit of my time leading up to the Erdman’s party.

But the killer was eventually brought to justice. And the anniversary celebration was a huge success despite a few awkward moments, such as when a guest’s hoop skirt briefly caught fire after she bumped into a citronella candle. She dove into the Erdman’s swimming pool, and a man I assumed and hoped was her husband, stripped down to his skivvies and joined her. She didn’t seem to mind.

Perhaps the copious amounts of liquor imbibed by the Erdmans and their guests washed away any unpleasant memories from the evening. In any event, Mrs. Erdman phoned a couple of days later, raving about how wonderful the party had been and how she’d never had such a good time. She said they wanted to hire me to plan a New Year’s Eve party. And, even more surprising, Mrs. Erdman said she and Walter had decided to take a second honeymoon trip.

I’m grateful all my clients aren’t as eccentric as the Erdman’s, but repeat business and referrals from clients are the lifeblood of a party-planning business and I was thankful for it.

I bit down on the cap of my pen as I stared out my office window, which looks out over Dixie, Tennessee’s charming town square, and tried to concentrate on my speech for career day. How could I explain my job to a group of teens?

“Hey, kids, I guess you could say my job is one big party…”
I didn’t even bother marking through it. I ripped the sheet off the notepad, wadded it up and tossed it in the trash.

I stood to stretch my legs and suddenly realized I wasn’t going to be able to concentrate unless I made a trip to the ladies room. This errand meant going downstairs, out the front door and into my landlord’s real estate office to use the facilities. Since there wasn’t a restroom upstairs, this amenity was included in my rent. But, I decided I probably wouldn’t mention that in my talk to the students about my glamorous life as a party planner. 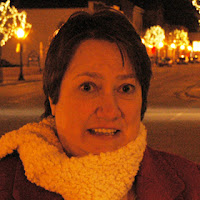 Vickie Fee grew up on a steady diet of Nancy Drew, daydreams and sweet iced tea. Originally from Memphis, she now lives in the Upper Peninsula of Michigan with her husband, John. If she cranes her neck slightly, she can see Lake Superior from her office/guestroom window. Her debut novel, Death Crashes the Party, came out December 29, 2015.

She’s currently working on the next book in the Liv and Di in Dixie mystery series, published by Kensington. Learn more about Vickie and her books at her website at www.vickiefee.com, on Facebook at www.facebook.com/VickieFeeAuthor and on Twitter, www.twitter.com/vickiefeeauthor