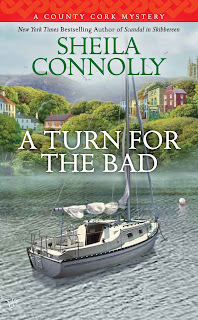 
I’ve been workin’ at Sullivan’s Pub fer a good ten years now, first under Old Mick Sullivan, and lately fer Maura Donovan, who Mick left the place to. Some thought I should be angry that he hadn’t left it to me, but I never expected that, and Maura was family, though they’d never met. She’s made a fair job of it, fer an American and what's more, a young one.

West Cork is a beautiful place, and I’ve lived here most of me life. People ask why I don’t go somewhere else and find a job better than pulling pints, but I stay because I’m keeping an eye on me granny, Bridget Nolan, who lives up near Maura. Granny’s past eighty but still manages on her own, with me to see to things like the electric and food. She’s got plenty of friends who look in on her as well.

Maura’s still learning about Ireland, and she’s had some surprises. Like I said, it’s beautiful, but it also has its share of secrets, and she’s just found herself in the middle of a big one. Yeh see, there’s never been much money around here. Most people raise cattle fer the milk, as they’ve done fer generations. It’s hard and dirty work, and there’s seldom much cash left over. So let’s say some people look fer a way to bring in a little extra. And it isn’t always exactly legal. 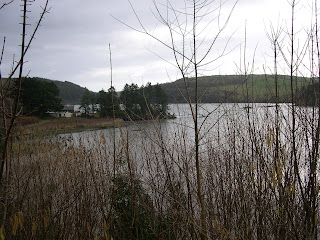 Pirates sounds romantic, don’t they? This part of County Cork has always been a haven for pirates, what with all the small coves where they can drop anchor, and few gardaí—that’s police—to see what goes on. In truth, most people around here turn a blind eye to the odd case of cigarettes or mebbe some bottles of whiskey with fake labels. But now there’s drug smugglers, and them you don’t want to mess with.

So when John Tully, a dairy farmer who lives near, disappears, leaving his small boy alone on a beach, it’s got to be laid to smugglers, doesn’t it? Even though John’s an honest man and never had anything to do with that lot. It falls to Maura and the rest of us at the pub to help find John, because we can find out things that the gardaí can’t, if yeh know who to ask, and how.

Maura may not know a lot about running a pub, but she’s got a good heart and she’s smart. We’re all hopin’ she sticks around at Sullivan’s.

A Turn for the Bad (County Cork Mystery #4) will be released February 2nd. Leave a comment for a chance to win a copy!

You can preorder it at Amazon and Barnes & Noble. (It's even available in audio format!)