Hi all, It’s Missy, Mel's bulldog. I’m back! The last time I was here, I mentioned we were on a glamping trip--A week of luxurious camping and gourmet food. The good news is we made it back alive. But I have to admit, it could have easily ended differently. For a time, I was a concerned about Mel’s safety. See, there was a killer on the loose, and Mel was in grave danger. 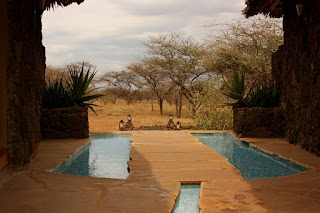 I don’t know all the details, I spent a lot of time napping in the air-conditioned motor home, but I was with Mel when she was frantically searching the murdered pet chef’s tent for some incriminating letters that belonged to Mel’s mama. I was also with Mel when the Laguna Hills police detectives arrived to question all the campers. I didn’t get a good vibe about those two at all. I could tell they didn’t trust my human, which meant I didn’t trust them.

Mel did the best she could to get herself out of trouble, but she naturally digs herself in deeper and deeper. I’ve heard cousin Caro call her impulsive. I could pick up in my human’s stress, which made me anxious too. But then, right in the middle of all the chaos, one of my favorite…well, I shouldn’t spoil it for you. You can read the whole story in Raiders of the Lost Bark. It’s available now!

I am curious though and hoped you could help me out. Are most people as spontaneous as my human or do they for a plan before they act?

Sparkle Abbey is actually two people, Mary Lee Woods and Anita Carter, who write the national best-selling Pampered Pets cozy mystery series. They are friends as well as neighbors so they often write at ML’s dining room table or at the Starbucks up the street. If they could write anywhere, you would find them on the beach with their laptops and, depending on the time of day, either an iced tea or a margarita. They chose to use Sparkle Abbey as their pen name because they liked the idea of combining the names of two of their rescue pets, Sparkle (ML's cat) and Abby (Anita's dog).

Raiders of the Lost Bark is the eighth book in the series.