The Tourists Are Coming & #GIVEAWAY 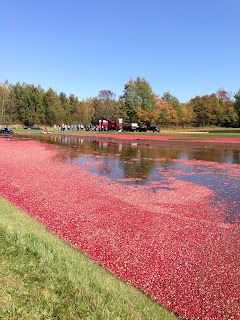 Tourist season is almost upon us.  I can tell by the different mix of cars going down Beach Hollow Road, the main shopping street in Cranberry Cove.  Mixed in with the pickup trucks and early model American cars are cars with fancy European lineages like BMW, Mercedes and Lexus.

Tourists tend to dress down here—Cranberry Cove is right on Lake Michigan and the perfect place to relax so you’ll find them garbed in shorts and T-shirts like the rest of us only their clothes will have well-known logos on them like Ralph Lauren and probably don’t come from Sears.  And their flip-flops are from Coach and not the corner drugstore and they carry totes by Kate Spade instead of hauling their stuff around in a recyclable grocery bag.

We locals don’t mind (and I know I’m being awfully brash calling myself a local when I’ve been here less than a year).  It means money in the town coffers so we deal with the extra traffic, the crowded sidewalks and the noise.

But come November we’ll be breathing a sigh of relief at having Cranberry Cove all to ourselves again.

I'm celebrating the upcoming release of Berry the Hatchet, #2 in my Cranberry Cove series by giving away a copy to someone who comments below! 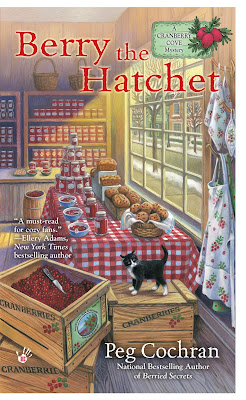