By Shepley from The Final Tap

If I ran Barton Farm things would be a lot different around here. First of all, there wouldn’t be any dead people turning up. Kelsey Cambridge, the director of the farm, seems to have a knack for finding dead people. I just wouldn’t allow it. There would be no dead people on Barton Farm on my watch. And that’s just the beginning. I would make a few more changes around here too. 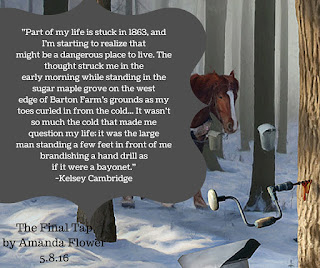 First of all, I would cut down on the number of visitors. I suppose Barton Farm has to let some people in to be consider a living history museum, but I would limit it to those who really care about history. In my opinion, we need to qualify people somehow. I think we should administer an entry test. They should also be tested for their appreciation of plants. As the head gardener of Barton Farm, I believe that it is very important that visitors have a great respect for the heirloom gardens I have cultivated. They are the best in the state of Ohio and deserve to be treated as such. They do not deserve to be trampled and manhandled by the masses of ruffians that Kelsey allows on the grounds. 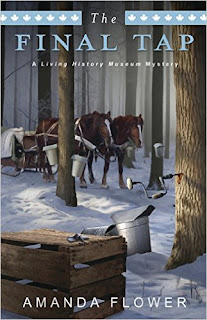 In my opinion Kelsey is too welcoming, and she is far too eager to make programs to attract people who know little or next to nothing about history. Even worse, she loves to have children on the Farm. Children are messy, and children run through my flowerbeds. Children should be banned.

I have hope that I will be able to get rid of Kelsey more than I have in the past. Another dead body has turned up on Farm grounds, and this is number three in less than a year. This one belongs to a maple sugar expert that Kelsey hired to be part of the awful Maple Sugar Festival she planned in order to share Ohio's maple sugaring traditions with Farm visitors. I, of course, thought the festival was a terrible idea. However maybe the festival will work in my favor. With this latest murder, the Cherry Foundation board, which supports Barton Farm, must finally see that Kelsey should be the last person running the Farm. Maybe they will finally see that it should be me. I'm the one who can preserve and protect this place. I’ll just have to make sure they get the message loud and clear…

**************************
Amanda Flower, a four time Agatha-nominated mystery author, started her writing career in elementary school when she read a story she wrote to her sixth grade class and had the class in stitches with her description of being stuck on the top of a Ferris wheel. She knew at that moment she’d found her calling of making people laugh with her words. Amanda is a librarian in Northeast Ohio. She also writes as USA Today Bestselling Author Isabella Alan. Her new release is CRIME AND POETRY, and THE FINAL TAP releases May 8, 2016. www.amandaflower.com