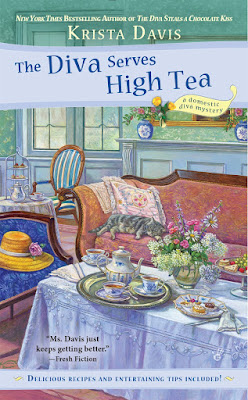 
I confess that I've been afraid to blog for Krista. I know a lot of you aren't crazy about me because Sophie and I divorced. Don't start yelling at me, please. It just happened. We were both so busy, and we went our separate ways. We're still good friends. Maybe better friends than when we were married, actually. I chalk that up to being a little older and wiser.

Did you know that Natasha and I aren't married? I've heard Sophie say that Natasha and I set up housekeeping together. That's a funny way to put it. I don't know what it's really called. Significant others? Coupled? My mother calls it shacking up and uses a tone of unmistakable disapproval. She never pushed me to marry Natasha, though. I suppose Mom never forgot about Natasha trying to put her in a nursing home. Those two never did get along.

It's another super busy year for me because of the elections. As a political consultant, I'm out of town more than I'm home these days.

The curious thing about being away from home is that it puts things in perspective. I don't know why that happens. You'd think it would be the opposite. Maybe the air just clears. I don't dwell on my personal life very often. Bernie thinks that's because I'm a guy. Who knows?

Natasha broke my leg a few months ago. She felt pretty rotten about that and built me the most unbelievable man cave I've ever seen. As it turned out, it was probably a good thing my leg broke (never thought I'd say that!), because I bunked over at Sophie's house and was able to help her in The Diva Steals a Chocolate Kiss.

Yeah, sometimes the dust settles when you're away from home. I feel like I can see everything more clearly now. It's time for me to finally do the right thing.

How about you? Have you ever gone away and realized what you needed to do?

To coax me into blogging today,  Krista said I could give away a copy of THE DIVA SERVES HIGH TEA. Leave a comment with your email address, please, so Krista can contact you if you win. Good Luck!