New books for May

As well as spring flowers, May is the time for new books. Here are the best of the bunch from the Killer Characters. 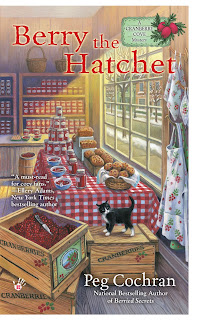 
The entire town of Cranberry Cove is popping with excitement. Monica Albertson is baking cranberry goodies by the dozen and shopkeepers are decking out their storefronts for the first annual Winter Walk—an event dreamed up by the mayor to bring visitors to the town during a normally dead time of year.

But it’s the mayor who turns up dead during the grand opening ceremony, his lifeless body making its entrance in a horse-drawn sleigh. Monica’s mother and stepmother quickly become the prime suspects when it’s discovered that the mayor was dating both of them, and to make things worse, her half brother Jeff uncovers a clue buried near one of the bogs on Sassamanash Farm. Now it’s up to Monica to find out who really put the mayor on ice. 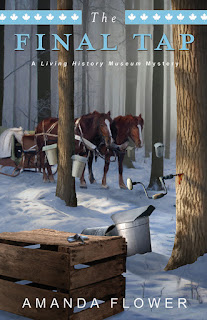 March on Barton Farm can only mean one thing: maple sugar season. To combat the winter slump, resilient director Kelsey Cambridge organizes a Maple Sugar Festival, complete with school visits, pancake breakfasts, and a tree-tapping class. She hires curmudgeonly maple sugar expert Dr. Conrad Beeson to teach the workshop, despite misgivings over his unpleasant demeanor. It’s a decision Kelsey ends up regretting when, before the first tree can be tapped for sap, Dr. Beeson turns up dead. His death threatens to shut down not only the festival, but also Barton Farm itself. Kelsey has no choice but to tap for the truth and solve the murder to escape an increasingly sticky situation. 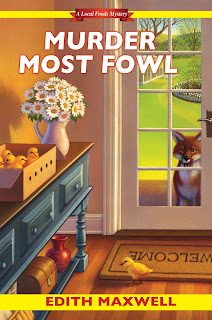 
Spring may be just around the corner, but a cold-blooded killer has put the big chill on the residents of Westbury, Massachusetts. It looks like organic farmer-turned-sleuth Cam Flaherty will have to set aside her seedlings for the time being as she tills the soil for clues in the mysterious death of a local poultry maven. Murder, blackmail, cover-ups. There's a fox in the hen house. But where? With some help from her off-again, on-again flame, police detective Pete Pappas, Cam will have to crack this case before Wayne's killer flies the coop forever. 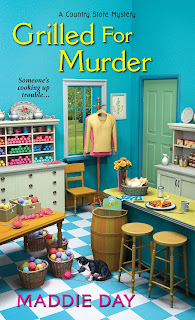 In the charming small town of South Lick, Indiana, Robbie has transformed a rundown country store into the runaway hit Pans 'N Pancakes. But the most popular destination for miles around can also invite trouble. Erica Shermer may be the widow of handsome local lawyer Jim Shermer's brother, but she doesn't appear to be in mourning. At a homecoming party held in Robbie's store, Erica is alternately obnoxious and flirtatious--even batting her eyelashes at Jim. When Erica turns up dead in the store the next morning, apparently clobbered with cookware, the police suspect Robbie's friend Phil, who closed up after the party. To clear Phil and calm her customers, Robbie needs to step out from behind the counter and find the real killer in short order… 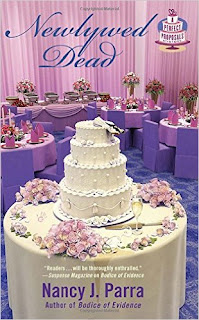 
In the new Perfect Proposals mystery from the author of Bodice of Evidence and Engaged in Murder, a country club wedding reception becomes the scene of a baffling crime.

The wedding for Pepper Pomeroy’s sister Felicity starts with dearly beloved but it ends with dearly departed when Ashley, the bartender Pepper befriended earlier in the evening, drops dead from a lethal nightcap. Authorities think it’s just a tragic accident. After all, who’d want to kill a virtual stranger at a country club wedding reception? That’s what Pepper wants to know.

A search into Ashley’s past reveals a twisty path of secret sororities, well-connected enemies, and an unsolved slaying still shadowing members of high society—including a filthy-rich battle-ax whose demands for the services of Pepper’s Perfect Proposals are starting to sound more like veiled threats. Pepper’s business may be booming but continued success means outsmarting a mysterious culprit who’s still wedded to the idea of murder. 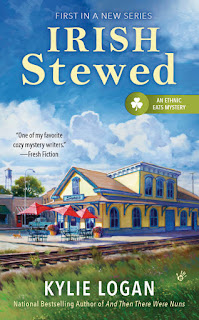 After flopping as a personal chef to a Hollywood star, jobless Laurel Inwood finds herself humbled in Hubbard, Ohio, helping her aunt, Sophie, run her restaurant.  Much to Lauren's dismay, Sophie's Terminal at the Tracks is not the cozy bistro her aunt would have had her believe--it's a run-down greasy spoon in an old railroad station.  To save the diner, Laurel cooks up a plan to feature ethnic cuisine specials.


But first, there's the problem of the body in the dining room.  Slumped over a table is Jack Lancer, aka The Lance of Justice, an investigative TV reporter.  Assisted by the gorgeous owner of the neighboring Irish store--who may or may not be a suspect--Laurel sets out to track down a killer. But as she turns up the heat, will she end up in the soup?