I’ve had the same Human for a good while now. I don’t know how long a Human would imagine it to be, but, for me, it’s been my whole life so far. At first there was just one Human. My favorite Human. Carol. She smells good, and has a delightfully warm lap, where I’ve enjoyed nestling since I was a small child. Very early on she began to play with my tail, and I like to play back…flicking it so she giggles, then rubs the top of my head. As time has passed I have made sure she understands that I prefer certain foods, and warm spots about the place…and magazines to lie on. I like the ones that fold good and flat when they are open on the floor. The ones with a big bump in the middle have to be kneaded into submission. 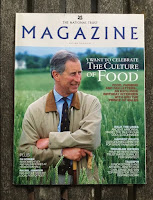 After a while another Human joined us, David, and he’s okay, I suppose. Not too good at cuddling me to start with, but I showed him who was in charge and he submitted to my will pretty quickly. I liked my home. I could smell the world beyond the windows when they were opened and I could hear traffic roaring past. Lots of big red vehicles the Humans called buses. They said we lived in London and that it was too dangerous for me to leave our home. Fine by me.

Then there was the Journey. They put me into a sort of box thing and we sat together in another, bigger box, for what seemed like an age. I didn’t care for the sensation – I couldn’t find a still spot to sleep in, so I cried for a long time just so they would know I wasn’t happy. Then they let me out.

Now we’re in a different place. The countryside, they say, but I still can't go out. It smells very different. Sort of fresh. We live in a much bigger home with lots of stairs that I had to learn how to deal with. We never had those before. I have to go a long way to get from the table where the Humans eat to the comfy pace where the Humans sleep. But the great thing is there’s a big metal box in the place where all the food is stored and served that’s always – and I mean ALWAYS – warm. That’s my favorite place now.It's called an Aga, they say. I like it!

The magazines changed when we got here; they seemed to get shinier and fatter, and they kept moving them around. And recently there have been a lot more of them. I’m not complaining, but my special senses tell me something’s up. Carol’s lap is getting smaller – it seems there’s a big thing that’s meaning I have less and less space there these days. I can’t imagine what it is, or what it means. But their talking makes me believe it will go away soon. There’s one room now where I’m not allowed to go any longer. I don’t mind because it has a funny smell and it’s changed color. It’s full of things that look smaller than in the rest of the house.

Ah well, I’ll just rest myself on these magazines for now beside the Aga, and wait for food, petting and compliments. I’m their baby, they say, so I know I’ll always get their full attention.

Meet Carol, David and Bunty  - and the other women who run the WISE Enquiries Agency - and learn about their move from London to an office in a barn set on the grounds of a stately home in Wales, and the fascinating cases they tackle there. THE CASE OF THE DOTTY DOWAGER and THE CASE OF THE MISSING MORRIS DANCER are available as e-books, and the paperback of THE CASE OF THE MISSING MORRIS DANCER can be pre-ordered now. Find out more about Cathy and the WISE Women at: http://cathyace.com/  Or connect with Cathy on Facebook at: https://www.facebook.com/Cathy-Ace-Author-318388861616661/ or on Twitter: @AceCathy