Who Dressed the Dogs Up?

Is anyone out there? It’s me Betty Foxx, Cookie’s right-hand Gal Friday at the Bow Wow Boutique. I’m checking in to see if you’ve heard the news. 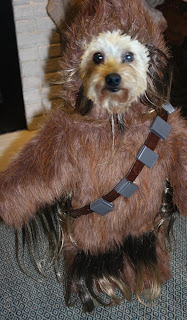 See, there’s been a lot of scuttlebutt around town the past few weeks about the upcoming annual Laguna Beach Pet Parade. What? You’ve never heard of it? Well, it’s a big fundraiser for the local animal shelter. The truth is, the parade is a really a pet contest with prizes for the most handsome, prettiest, and best costumed pet. I was thinking about entering my own Raider boy in the parade. As a St. Bernard, he drools…a lot. Some people don’t find that as adorable as I do, so I decided against the handsomest category, and am going with the best costume group.

Anyway, back to the gossip. The first time I heard this little gem, I was sitting on the patio at my favorite coffee shop drinking an iced caramel macchiato, minding my own business, when I overheard two women whispering about the parade. I had to lean in a little bit to hear them, but I swear they said they were on the parade committee and needed another judge. You’ll never guess who they were thinking about asking. Cookie! 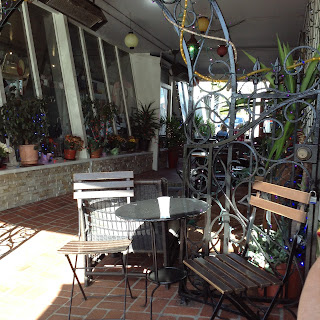 Well, when I heard her name I may have shouted, “no” and startled the one little gal enough that she spilled her coffee. I offered to buy her a new one, but she wasn’t interested. I asked if it was true, about Cookie, but they wouldn’t confirm nor deny.

Don’t get me wrong, Cookie would make a great judge. That’s the problem. This type of gig is right up her alley.  If she agreed to judge, she’ll never vote for me and Raider for the win. I can hear her already touting ethics and integrity, and ensuring there isn’t the slightest appearance of partiality. Ugh! We’ll never stand a chance.

So now I’m on a quest to dig up the truth. No sense in wasting time picking out a costume if we don’t have a shot at winning.

One last piece of gossip. I heard the authors of the Pampered Pets Mystery series are giving away a copy of their latest book, Raiders of the Lost Bark. All you have to do is leave a comment on what type of costume you think would be best for a St. Bernard puppy for a chance to win. Don’t forget to include your email address or they won’t have a way to notify the winner!

Sparkle Abbey is the pseudonym of two mystery authors (Mary Lee Woods and Anita Carter). They are friends and neighbors as well as co-writers of the Pampered Pets Mystery Series. The pen name was created by combining the names of their rescue pets--Sparkle (Mary Lee's cat) and Abbey (Anita's dog).

If you want to make sure you're up on all the Sparkle Abbey news, stop by their website and sign up for updates at sparkleabbey.com.
Submitted by Sparkle Abbey