New Releases for December and a #Giveaway from Krista Davis 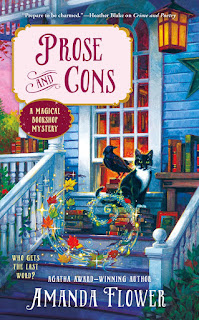 Magic, books, and cats collide in a village near Niagara Falls in the latest mystery from the author of Crime and Poetry...

In Cascade Springs, New York, Violet Waverly and her grandma, Daisy, are the proprietors of Charming Books, where the power of the written word is positively enchanting...

October in Cascade Springs means tourists are pouring in for the annual Food and Wine Festival, and Daisy hopes to draw those crowds to the store. She asks Violet and the local writing group, the Red Inkers, to give a reading of the works of Edgar Allan Poe in the shop’s back garden to entertain the revelers. Everyone eagerly agrees.

Yet their enthusiasm is soon extinguished when Violet discovers one of the writers dead during the event. After the shop magically tells Violet she’ll need to rely on Poe’s works to solve the murder, she enlists the help of her trusty tuxedo cat, Emerson, and the shop’s crow, Faulkner. But they must act fast before someone else’s heart beats nevermore... 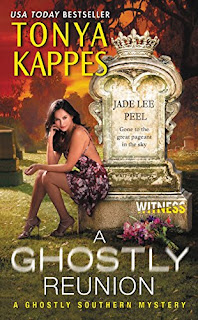 As if that “gift” will impress classmates at her upcoming ten-year high school reunion in Sleepy Hollow, Kentucky. Proprietor of the Eternal Slumber Funeral Home, Emma Lee can see, hear, and talk to ghosts of murdered folks. And when her high school nemesis is found dead, Jade Lee Peel is the same old mean girl—trying to come between Emma Lee and her hot boyfriend, Sheriff Jack Henry Ross, all over again.

There’s only one way for Emma Lee to be free of the trash-talking ghost—solve the murder so the former prom queen can cross over.

But the last thing Jade Lee wants is to leave town where she had her glory days. And the more Emma Lee investigates on her own, the more complicated Miss Popularity turns out to be. Now Emma Lee will have to work extra closely with her hunky lawman to get to the twisty truth. 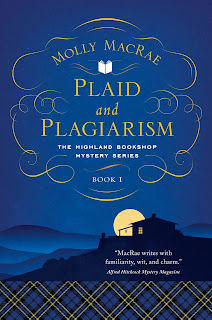 A murder in a garden shed turns the four new owners of Yon Bonnie Books into amateur detectives, in a captivating new cozy mystery novel from Molly MacRae.

Set in the weeks before the annual Inversgail Literature Festival in Scotland, Plaid and Plagiarism begins on a morning shortly after the four women take possession of their bookshop in the Highlands. Unfortunately, the move to Inversgail hasn’t gone as smoothly as they’d planned.

First, Janet Marsh is told she’ll have to wait before moving into her new house. Then she finds out the house has been vandalized. Again. The chief suspect? Una Graham, an advice columnist for the local paper who’s trying to make a name for herself as an investigative reporter. When Janet and her business partners go looking for clues at the house, they find a body―

A delightful and deadly new novel about recognizing one’s strengths and weakness―while also trying to open a new book shop―Plaid and Plagiarism is the start of an entertaining new Scottish mystery series.


Continuing with our Happy Holiday Giveaway of a book a day, Krista Davis is giving away a book today! The winner gets to chose which book he or she would prefer. Just leave a comment here with your email address to enter! Good Luck! 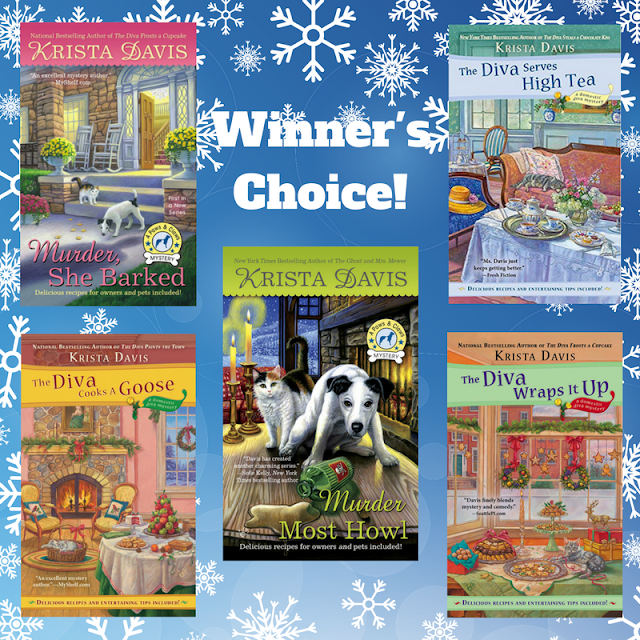