From the Chloe Ellefson Mystery Series

I really didn't know much about the importance of heirloom vegetables, fruits, and flowers until I started working at a large living history museum, Old World Wisconsin. What I've discovered is that botanists believe we've lost over 90% of our genetic diversity in the last century or so. 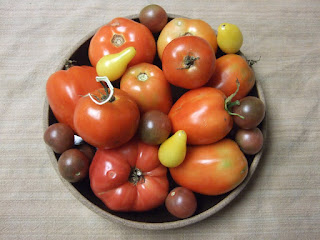 For centuries, people saved seeds to replant their gardens, or obtained seeds locally. With the advent of long-distance food transportation, that began to change. Growers favored varieties that looked good after spending a week on a train car.

Losing varieties also means that the plants which could have resisted the next blight might be extinct. Think of the Irish potato famine, when a terrible blight decimated crops.

Historic sites play an important role in preserving some of these rare varieties. The apples below were displayed as part of a recreated Agricultural Fair at Old World Wisconsin. 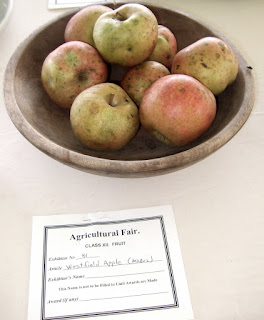 My friend Dellyn, who manages the gardens at the historic site, carefully chooses varieties that reflect the time period and ethnic group of the restored home or farm. Shown below is the Pedersen Farm, home to a family that emigrated from Denmark. 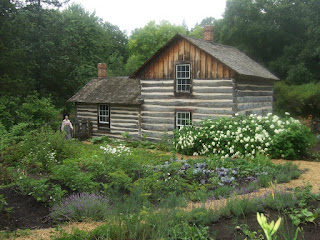 Dellyn is involved with a group called Seed Savers' Exchange (SSE), which helps home gardeners network and swap seeds. SSE began in 1975, when a man who had brought seeds from his native Bavaria passed some on to his granddaughter and her husband.

Interest grew among home gardeners. Want to participate? You'll have a hard time choosing among all the seeds available through SSE. 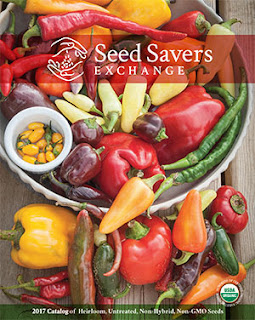 Heirloom seed packets aren't nearly as rare as they used to be. I discovered Baker Creek Heirloom Seeds while visiting the Laura Ingalls Wilder Historic Home & Museum in Mansfield, MO.  Baker Creek is right up the road. 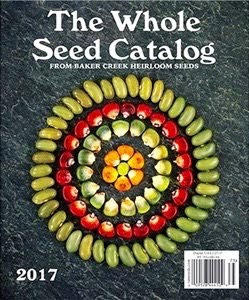 I plant a few new varieties in my own home garden ever summer. It's fun to taste different types of heirlooms.

Some are just plain interesting. The Queen Anne Pocket Melons shown below have a sweet fragrance. Victorian women carried them in their pockets to stave off less pleasant odors. 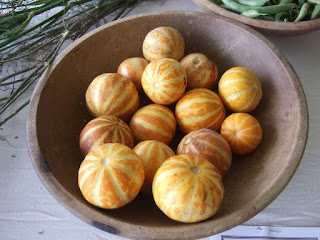 I also feel as if I'm doing something good by perpetuating endangered varieties. You can too! 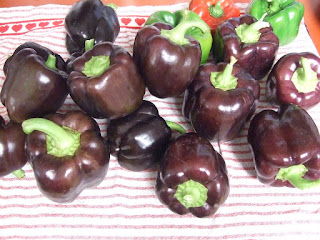 If you prefer to grow flowers, lots of heirloom varieties are available. 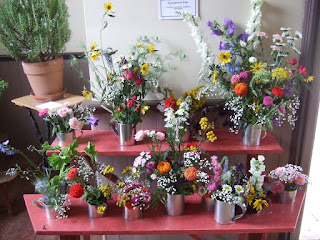 And if you're not a gardener, you can support the cause by looking for heirloom varieties for sale at farmers' markets and some grocery stores. 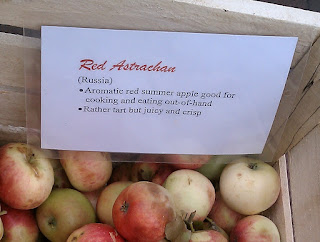 However, I should warn you: there is a dark side to the business of heirloom gardening.  A few agribusiness corporations have decided that they want to control global food production, and eliminate diversity.  I recently ran into some ruthless people who so lusted for profit and power that they'd do just about anything to achieve their goals.  Even murder?  Well, I'll let you read all about that.

But don't let that cautionary tale discourage you from planting some heirloom seeds in your garden this year.  You just may preserve something important!


# # #
GIVEAWAY! Leave a comment below by midnight on March 19th for a chance to win a copy of The Heirloom Murders. Please include your email (such as reader -at- reader.com).  Good luck! 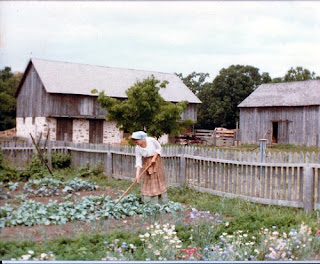