From The Chloe Ellefson Mystery Series

Knowing I need a certain amount of personal space, Roelke suggested that I use the original cabin on the property as my retreat---somewhere to read or paint or whatever. I adored that idea...until I stepped inside. Lingering in that cabin is an overwhelming sense of hopelessness that punched me in the gut.

I've occasionally sensed such a presence in old buildings since I was a kid. My memories of family vacations are a blur of long car rides and visits to historic sites. Sometimes these creaking places gave me distinct impressions of emotions: joy, sadness, loneliness.

Eventually I got used to tuning the sensations out.  It's not much different than tuning out background chatter when reading in a crowded coffee shop. I also learned not to speak of my impressions.  By the time I decided to enter museum work, it took a real whammy to rattle me.

The old Roelke cabin rattles me.

I hurt Roelke's feelings when I told him that there is something so dark in the building that I can't bear to step inside. I don't know how we can live together if I don't figure out how to get past this.

So I've got some research to do.  The cabin was home to the first Roelkes  to immigrate to Wisconsin, Klaus and Rosina. 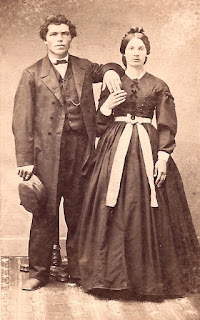 I think the emotion lingering in the cabin was left by Rosina, who lived there the longest. What made her lose all hope?

Can I find the truth, over a century later? And figure out a way to fix the situation? All I know is that I have to try.

To learn more about this award-winning series, see Kathleen's website. 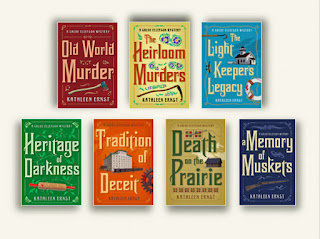