Cait Morgan - on being nominated for an award! 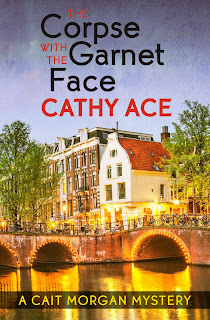 Cait Morgan here – and I’m about to boast! I’m up for an award. It seems the good folks at The Bony Blithe Awards feel the tale I told about the time Bud and I went off to Amsterdam to try to fulfill his late Uncle Jonas’s dying wishes is entertaining enough to be shortlisted for Best Canadian Light Mystery of the year. Now I think that takes the biscuit!

All I did was share my story about my husband Bud finding out he had an uncle he’d never heard about, after the man had died. Of course, Bud couldn’t resist taking up the man’s gauntlet of fulfilling his wish to be “understood”, as he put it. Apparently, he’d run away from his family in Sweden right after World War II, abandoning his little sister – Bud’s mother, Ebba – to a life wherein she grew to hate him more and more…in absentia. She was convinced he’d been a bad boy, and had probably grown up to be a bad man. But Bud wasn’t so sure, so off we went to Amsterdam to find out. 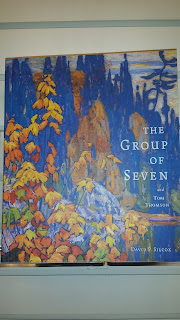 And what a LOT we found out! We even met a group of amateur artists who called themselves The Group of Seven. No, not the real Canadian Group of Seven artists, but another group entirely. Of course, discovering why they all clung together as they did over the decades was a part of the mystery we unearthed. But if I tell you about that here, I’ll spoil the story for you…and you wouldn’t want me to do that now, would you?

If any of this sounds interesting, you might also like to read about my other adventures. It seems that whenever I leave my home I trip over a corpse...luckily, solving puzzling mysteries is something I relish. Maybe you do too...

THE CORPSE WITH THE GARNET FACE (Cait Morgan Mystery #7) is one of five shortlisted works for the 2017 Bony Blithe Award. Cathy Ace won the award in 2015 for THE CORPSE WITH THE PLATINUM HAIR (Cait Morgan Mystery #4). In a recent review in The Globe and Mail, Margaret Cannon wrote: “Have you been missing those delightful mystery-travelogue works from Lyn Hamilton? Say hello to Cathy Ace and her intrepid sleuth, Cait Morgan, a Welsh-Canadian professor with a predilection for investigating crime...Ace is, well, an ace when it comes to plot and description.” Cathy has also been shortlisted for an Arthur Ellis Award for Best Short Story for 2017.

Cathy Ace is the Bony Blithe Award-winning author of The Cait Morgan Mysteries (#8 The Corpse with the Ruby Lips was released on November 1st) and The WISE Enquiries Agency Mysteries (#3, The Case of the Curious Cook, was released in hardcover in the UK on November 30th and in the USA & Canada on March 1st).  You can find out more about Cathy, her work and her characters at her website, where you can also sign up for her newsletter with news, updates and special offers: http://cathyace.com/