May Releases From Killer Characters 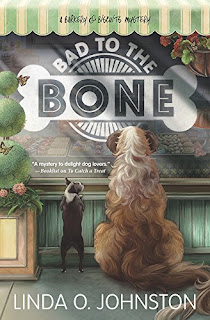 Veterinary technician Carrie Kennersly, owner of the Barkery & Biscuits bakery for dogs, is reluctant to sell her recipes to pet food manufacturer VimPets. Jack Loroco, a VimPets representative, assures Carrie that it would be a great opportunity to grow her business. His promising new relationship with Carrie's friend, Billi Matlock, doesn't hurt his cause. But the budding romance takes a bad turn when Wanda Addler, another VimPets employee, sets her sights on Jack.

After threatening to ruin Jack's career if he doesn't give her what she wants, Wanda is found dead. Jack and Billi are put at the top of the suspect list, and Carrie is doggone determined to rescue them from a life behind bars. 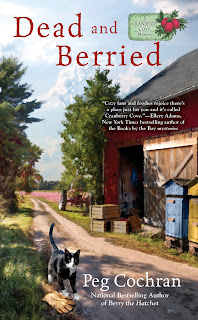 It's June in Cranberry Cove and Monica Albertson's plan to sell cranberry relish to chain stores is taking off. The cranberry bogs are in bloom, and local beekeeper Rick Taylor and his assistant Lori Wenk are bringing in bees to pollinate the blossoms.  When a fatal prick fells Lori, the buzz is that Rick is to blame.

In trying to clear her friend’s name, Monica discovers that more than a few people in Cranberry Cove have felt the power of Lori’s venom, and it looks as if this time she may have agitated the hive a bit too much.  With the fate of the farm on the line, Monica must get to the bottom of the crime before another victim gets stung.