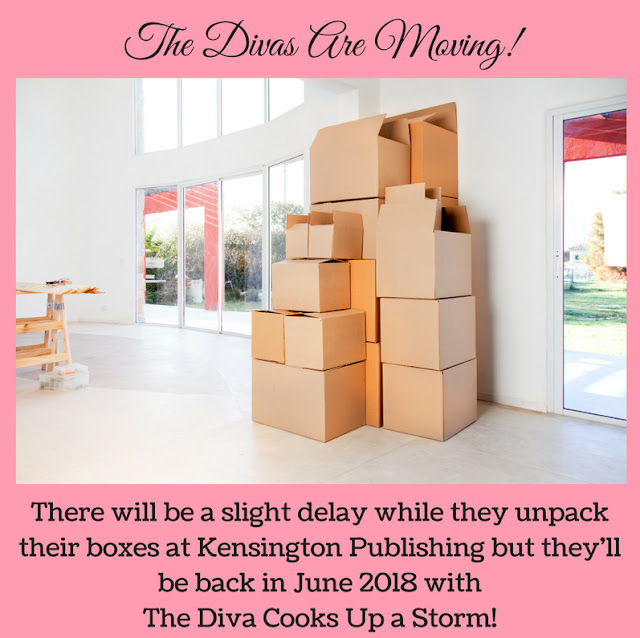 Natasha: Sophie! Sophie! It's almost June. Why don't we have a book?

Sophie: Krista told us that we're changing publishers and there would be a delay. Don't you read your email?

Natasha: You're sure she didn't kill us? There's always a victim in her books. How do we know she didn't poison us?

Sophie: She wouldn't do that. She likes us. Well, she likes most of us.

Natasha: That was mean. It was directed at me, wasn't it? No one likes me. They're all jealous.

Sophie: That must be it. Besides, there just wasn't a murder this year. Didn't you notice?

Natasha: I heard Krista is writing a new mystery series. You don't think . . .

Sophie: . . . that she's writing that series instead of writing about us?

Natasha: It could happen.

Sophie: She wouldn't do that. Didn't you see the big pink announcement?

Natasha: I don't like this. Not one bit. And she should have made the announcement in Robin's egg blue, or at the very least in grey. She's like you. She has no feel for style.  She never knows the "in" colors. I can't tell you how many times she put me in a dress that was all wrong. It's so embarrassing when she does that.

Sophie: Maybe she's going to knock you off because you complain too much.

Natasha: Don't be ridiculous. I'm the classy one. Who would solve the mysteries without me? Do you know what that new series is about?

Sophie: Nope. No one does. She's keeping it a very closely held secret.

Natasha: Worrisome. I tell you, this is not good news for us. I want to be in another book! I want Mars and even that awful Bernie to come back.

Sophie: Calm down. We're about to have a new adventure. I hear she's going to start writing it in June.

Natasha: And we're all going to be in it? The whole gang?

Sophie: Of course! You really should start reading your email.
Submitted by Krista