There's Something Up With Nick 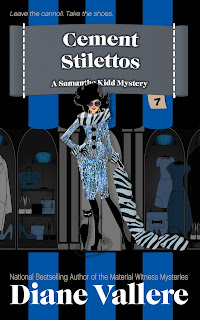 Something's up with Nick.

Usually when somebody starts acting a little weird, I get curious. And I start poking around and observing them slightly more than normal until I figure out what's wrong. Sometimes I can help fix things, sometimes I just end up getting in the way. But my track record is on the plus side of the scale (kinda like my weight after the holidays--too many pretzels!) so most of my friends overlook my nosy tendencies. In Nick's case, there are a couple of problems with me all of a sudden getting nosy and poking around in his business:

1. We recently got engaged.

3. Of everybody I know, he's the one who has been the most outspoken over my nosy tendencies and I promised him I'd do better. (I'm no fool. I had my fingers crossed.)

So while now might not be the best time to blatantly disregard Nick's wishes, it also might not be the time to pretend I'm able to turn myself into someone completely different from who I am. I mean, he gave me his mother's ring and said he wants to spend the rest of his life with me. Surely that trumps a little concern over my curious side, right?

This is the way I see it. Nick's a good guy. Like, he was probably a boy scout. He's considerate, does the right thing, maintains a clean image. He probably doesn't wait until the third notice to pay the electric bill like I do (why does the electric company even have a system that generates three different notices to pay if they really expected me to pay when they send me a bill? I like to see the first two as suggestions. The third one is pink. Clearly by that point, they mean business.) But back to Nick. One of these days he's going to be the one who gets into trouble and he's going to be happy to have me by his side.

Wait--you don't think that's why he asked me to marry him, do you? Great. Now I have something else to worry about!


After two decades working for a top luxury retailer, Diane Vallere traded fashion accessories for accessories to murder. She is the president of Sisters in Crime and, in addition to the Samantha Kidd mysteries, also writes the Madison Night, Costume Shop, and Material Witness mystery series. She started her own detective agency at age ten and has maintained a passion for shoes, clues, and clothes ever since.

Want to read all about that engagement? Leave a comment for a chance to win a Kindle copy of PEARLS GONE WILD, the previous book in the series.

Just answer this question: Are Nick and Samantha headed for happily ever after or will there be bumps in the road?