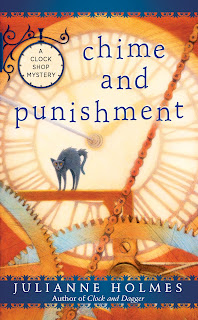 The folks in Orchard, Massachusetts aren't hard to impress regarding social media. Ruth Clagan--she's the owner of the Cog & Sprocket--is only a few years older than I am, but she's hopeless on social media. Correct that--she's hopeless doing it. As a subject, she's a natural. She has such passion for her clocks it is infectious. Her years of working with students makes her a natural at explaining what she is doing so that anyone can understand it. To top it all off, she looks good on camera.
It took a while to convince her to let me follow her around with a camera, but it's paid off. The countdown to the new clock tower being wound and working is on, and folks are excited! She's got a following. Not to pat myself on the back too much, but it doesn't help that I've been up nights editing footage. I may even use some of it for a class documentary next semester.
You know, when I first came to Orchard, it was because I was taking classes at Harris University, and I needed a job. I was purposely unengaged with my life, and determined not to care too much. This gig was just a job to help make ends meet. But then the Cog and Sprocket got under my skin, and I couldn't resist. I started to care. To care about the Reeds, to care about Ruth, to care whether she and Ben make a go of their relationship, to care about Jack Clark and his parents. Bezel and I bonded, and it was all over. I love my adopted town, and don't mind using my mad social media skills to let the world know.
The only person I can't stand is the town manager, Kim Gray. Unfortunately for her, I'm not the only one...

***************************************
Julianne Holmes writes the Clock Shop Mysteries for Berkley Prime Crime. The first in the series, the Agatha nominated Just Killing Time, debuted in October 2015. Clock and Dagger was released in August 2016, and Chime and Punishment was released earlier this month. As J.A. Hennrikus, her Theater Cop series will debut in the fall of 2017 with A Christmas Peril. She has short stories in three Level Best anthologies, Thin Ice, Dead Calm and Blood Moon. She is on the board of Sisters in Crime, and is a member of MWA and Sisters in Crime New England. She blogs with the Wicked Cozy Authors and Killer Characters. JHAuthors.com T:@JHAuthors I: @jahenn

Friends, Ruth Clagan is a clockmaker, and the Clock Shop Mystery series is about timepieces. Do you have a clock in your life that means something? Let me know in the comments. On Tuesday, August 22 I will pick a name from the comments, and send them a copy of Chime and Punishment!