POP Goes the Culture...with a Giveaway!

Some of the items that fly off the shelves of Well Played, our vintage toyshop, are toys, games, and action figures inspired by TV and movie characters--and other aspects of popular culture. What was pop culture at the time now inspires a dramatic sense of nostalgia, making these original toys a favorite with collectors--or even non-collectors who recall them with delight. 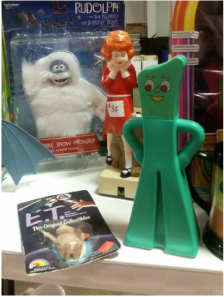 Gumby is a perpetual favorite. In this shot he's being photobombed by ET, Annie, and the Abominable Snowman from Rudolph. Dolls, figurines, and action figures exist for almost every popular movie and television show. Often the popular characters were produced in greater number, and are easier finds--and less expensive than their rarer counterparts. 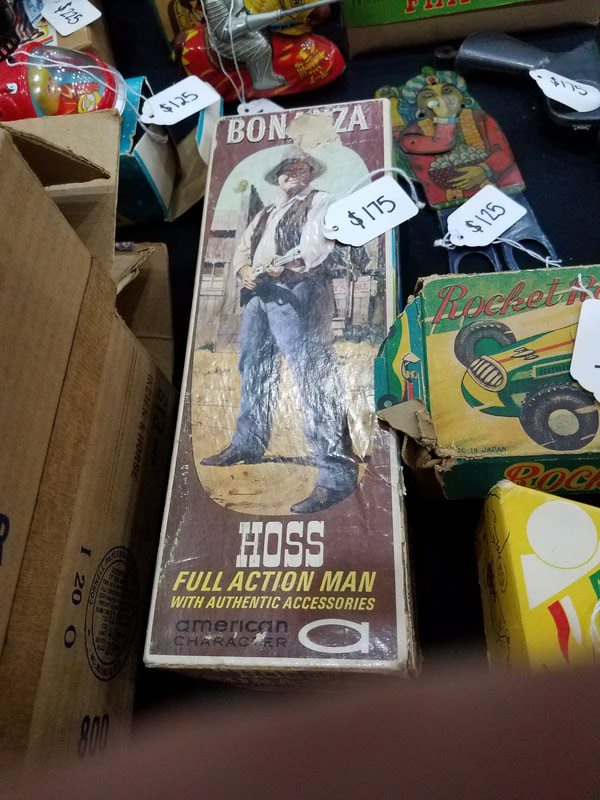 I wonder if this Hoss Cartwright figure, or rather "Full Action Man" was originally part of a set. 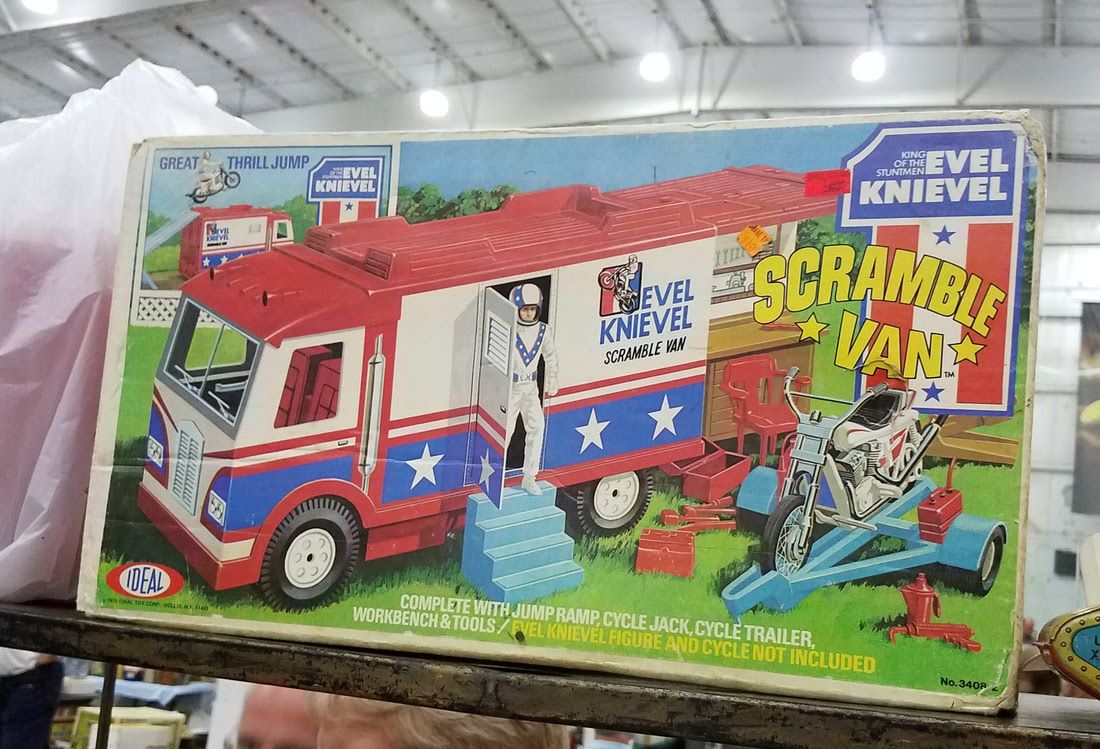 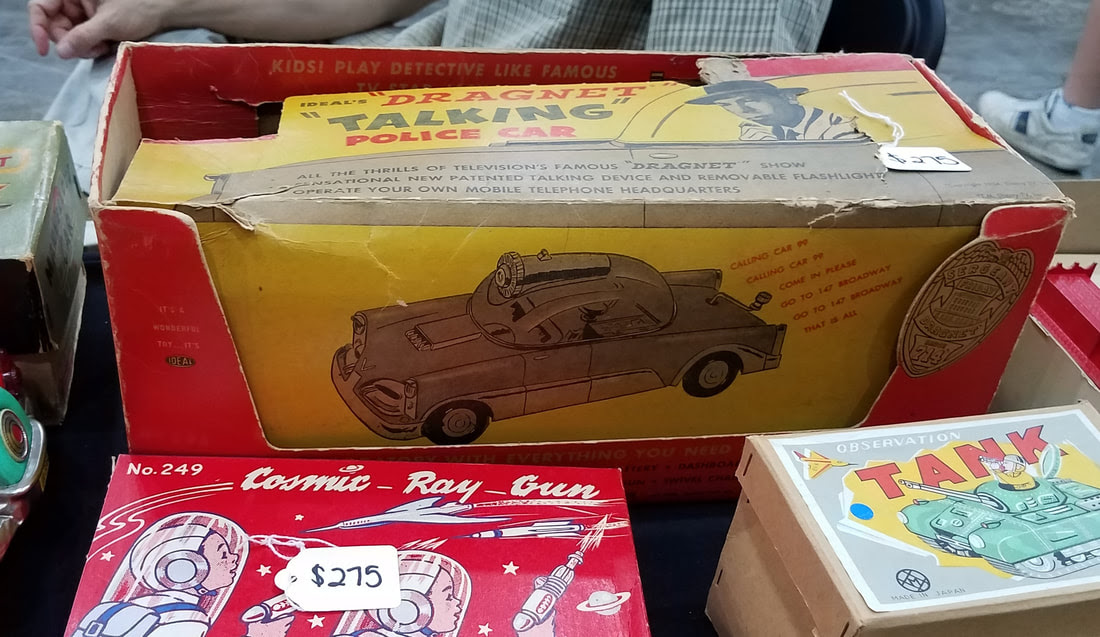 Or this talking car inspired by Dragnet. Sadly, it doesn't say, "Just the facts, ma'am." 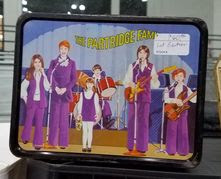 Musicians are also well represented. This lunchbox is guaranteed to make you "come on, get happy." Or at least worth a smile. 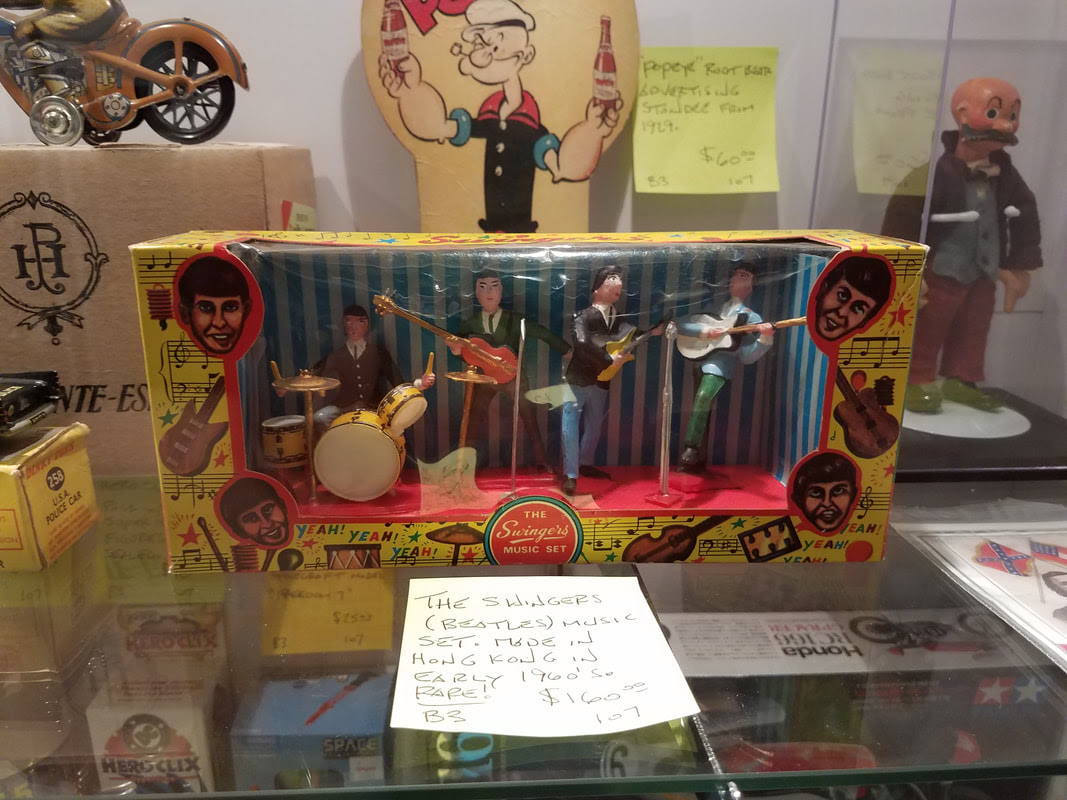 This unlicensed set probably made intellectual property rights attorneys grimace. Despite the uncanny resemblance, this group is called "The Swingers." And apparently they're also know for singing "Yeah, yeah, yeah, which is printed all over the box." 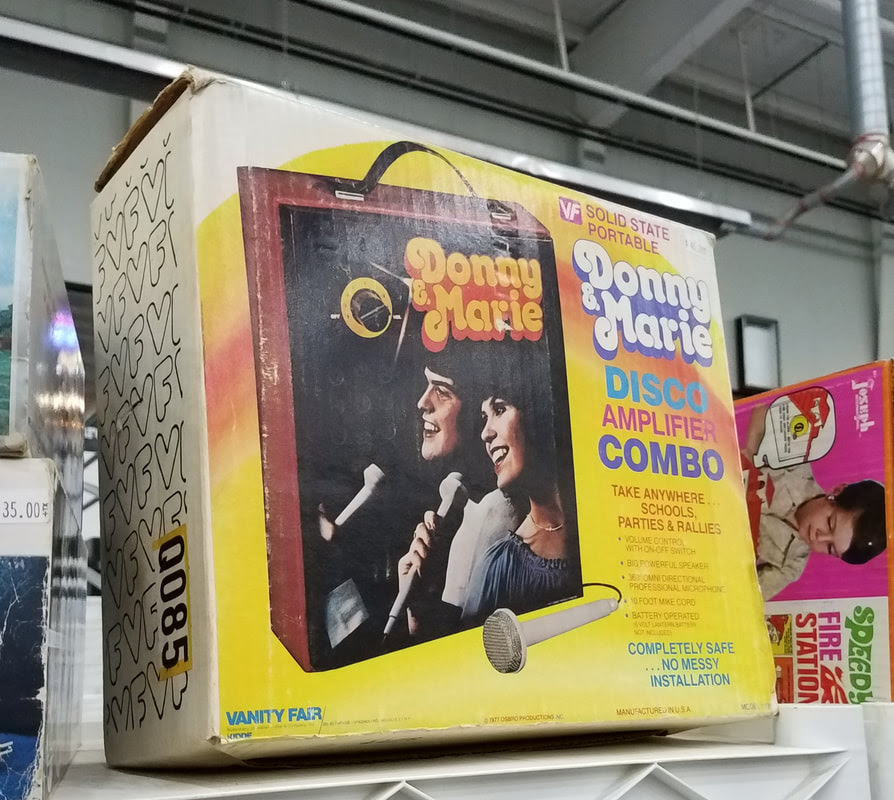 And if that's put you in a musical mood, why not belt out a song with Donny and Marie on your own disco amplifier? 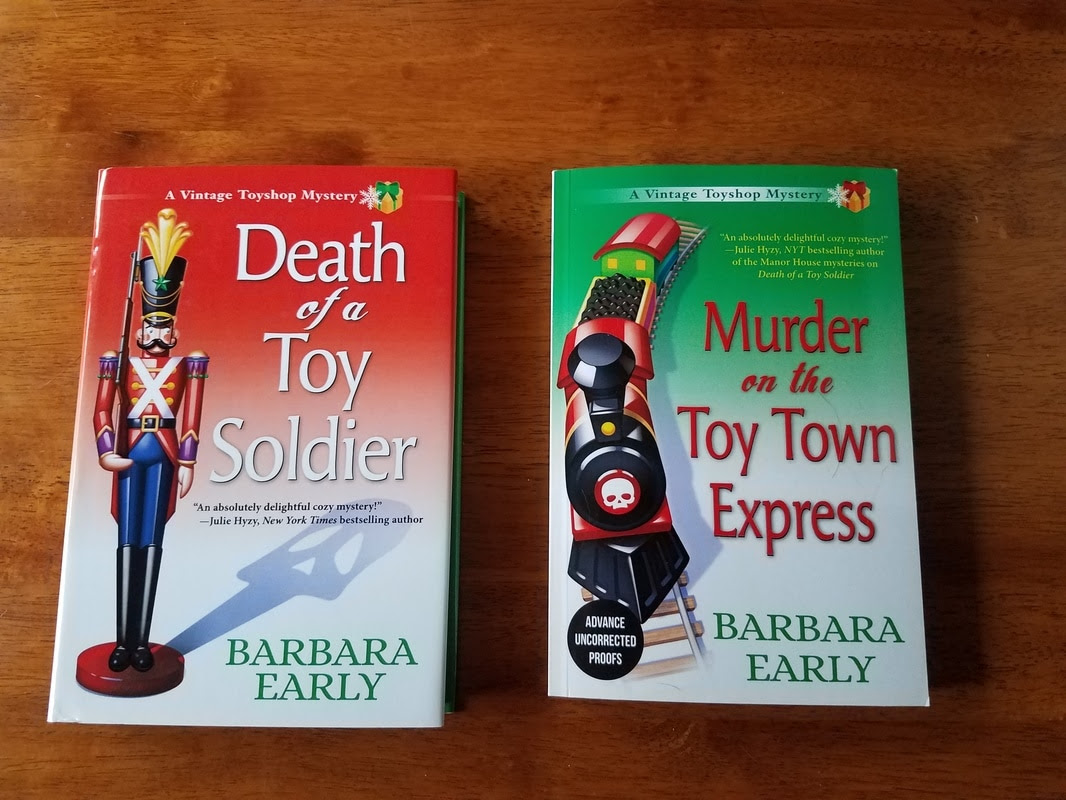 Did you have a favorite toy related to a pop culture franchise? Or what television show, movie, or musical group do you think should have a related toy?

Comment below, including your email address in a spam-safe format [Myname (at) provider (dot) com], and one person will win their choice of a Death of a Toy Soldier (in their choice of format) OR an advance paperback copy of Murder on the Toy Town Express. This contest runs until September 5th.

Death of a Toy Soldier is currently available in hardcover or as an e-book. The paperback version releases September 12th.