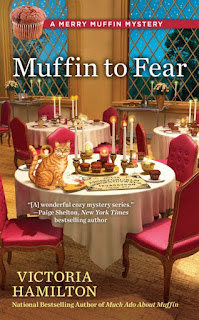 Like every small town, there are seasonal traditions in Autumn Vale, but some of them are a little odd, if you don't know the background. There's Apple Share day, when locals block off the street and orchard owners come to town with their excess apple harvest to share. That goes back to the Great Depression when local farmers shared with townees any bounty they had. It's a wonderful example of Autumn Vale spirit.

I'm just relating what Gogi told me. She says that the town workers always put up the town wide Christmas decorations mid-October, since there are often snow events in November. But then... a mean weather system that would result in Lake Storm Aphid, as the weather bureau named it, closed in on Western New York. Nearby Batavia got 10 inches, which doesn't sound like a lot, but the way Autumn Vale is situated, in a valley between two crests, 10 inches of snow can drift in and create havoc. So on October 12 and 13th the village was shut down; electric lines were down, trees, and so on.

It took days to get the streets cleared and everything back up and running, and weeks to clear the fallen trees. As a result both the town budget and everyone's patience was depleted, and in a record setting vote they all just decided to do without the Christmas decorations that year. Most depressing Christmas ever, Gogi tells me. She was, at the time, still in the throes of her breast cancer battle and it was a low point.

So the year after, 2007, they made a point of putting up the town Christmas decorations on the first day of fall and not later. And now it's a tradition.

So... are there any fall traditions where you live? 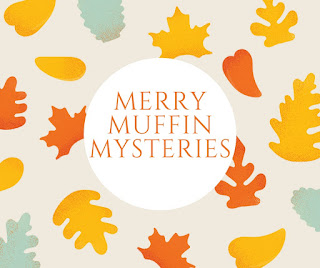 Hello all... I'd be interested to hear from you. Would you like to see the Merry Muffin Mysteries continue on? If so, why?

Drop me a line in the comments!! And thank you all for your support; it means so much.
Submitted by Victoria Hamilton