First impressions by Mavis MacDonald of the WISE Enquiries Agency 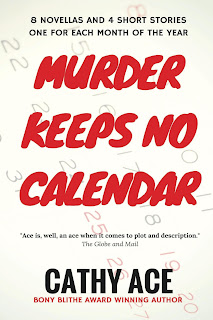 Hello there, Mavis MacDonald here...someone asked me a question the other day, which set me thinking...

Do you remember when you first met the people you work with?

I do. It wasn’t a very promising start, to put it mildly. Four of us are now private eyes at the WISE Enquiries Agency, but none of us were professional investigators when we first got together.

I was the Matron at the Battersea Barracks, where retired soldiers live out their final years in an atmosphere of camaraderie. Based in Battersea, London, our pensioners’ hospital pretty much looked across the Thames at what some might claim to be our much better-known sister barracks, the Chelsea Hospital. This was the view from my wee office. Not bad, eh?

Even now I feel a surge of nostalgia when I spot a man wearing the serviceable green our Barrackers wore, though I have to admit I still get a bit annoyed when I see a man wearing red – as sported by those who lived at Chelsea. Maybe old associations are slower to die out than I might have thought.

I knew I was close to the end of my time at the Battersea Barracks when Annie Parker and Carol Hill first visited, but I had no idea how close. Yes, their visit – and what I had discovered was going on at the Barracks – meant I had little choice but to take retirement. And that turned out to be a good thing. Along with them and Christine Wilson-Smythe – the death of whose grandfather was the reason for Annie and Carol bowling along into my delightfully ordered little world – I now live in rural splendor in Wales, rather than in my little flat in North London.

As I think back, I’m trying to recall my first impressions of Annie and Carol. I certainly pegged them right in that I immediately spotted that Annie would be the more troublesome of the pair; to be fair to her, she usually has a reason for doing what she does, but it’s not always obvious when she does it. And I’ve really warmed to her over time. Carol? Ah well now, she’s a lovely girl. I dare say I shouldn’t call a young mother in her mid-thirties a “girl” but that’s how I think of her. Raised on a sheep farm in Carmarthenshire, she’s got a good head on her shoulders when it comes to life – and computers…she’s a whizz with those things. Indeed, I don’t know where our investigations would be without her valuable input. And Annie manages to put her natural ability as a gossip to good use for us, too. 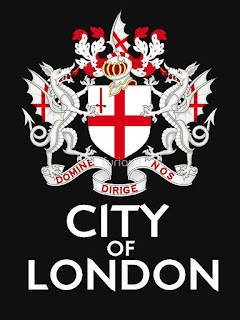 They both knew Christine Wilson-Smythe from their time when they all worked in the City of London, and she was the hardest for me to fathom; I’d certainly met young women from titled families long before I’d met her…when you’re an army nurse, and then a Matron tending to those who’ve served their country, you do get the chance to rub shoulders with the odd one or two who have a bit of land and a title that goes back some time. But Christine wasn’t like most of them I’d met before; she’s an intensely clever girl – and I do mean girl, because anyone under thirty is most definitely that to someone of my age – but she seems to have a bit of a death-wish, if you ask me. Fearless would be one way of putting it; foolhardy might be another. In any case, she, too, certainly pulls her weight when she’s working on a case with us.

Ach, yes…that first time we all met up in the pub, to talk about how we all managed to work out what had happened to Christine’s poor grandfather – that turned out to be a momentous occasion. It's when we formed our team - or maybe I should call us what we really are...a family.

You can read the full story of how the WISE women met, solved their first case, and decided to work together in MURDER KEEPS NO CALENDAR, where the novella MISS PARKER POKES HER NOSE IN introduces readers to the characters for the first time. Click on the sources below to find the book and even read a FREE short story:

Cathy Ace is the Bony Blithe Award-winning author of The Cait Morgan Mysteries and The WISE Enquiries Agency Mysteries.  You can find out more about Cathy, her work and her characters at her website, where you can also sign up for her newsletter with news, updates and special offers: http://cathyace.com/