Dare we hope that spring is about the corner? To help you celebrate, here are our cozy releases for March 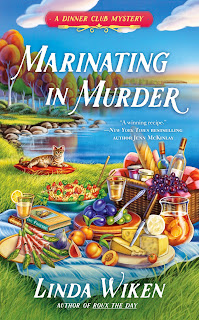 For event planner J.J. Tanner, a delicious fall picnic with her Culinary Capers Dinner Club friends in the perfect way to spend an afternoon. But when member Alison Manovich opens the back of her SUV, there’s a gruesome surprise that wasn’t on the menu – the dead body of her estranged husband. Luckily for Alison, who is side-lined from her duties as a cop, the Culinary Capers are no strangers to solving crimes. 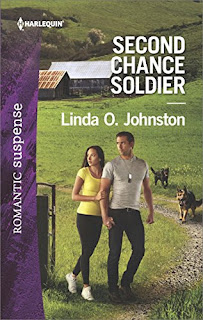 Devastated after her father’s murder, Amber Belott wants to keep his legacy alive by saving his K-9 ranch. Her first move? Hiring Evan Colluro, a former military K-9 trainer, who impresses—and attracts—her. If only she weren’t his boss…and his past didn’t trouble him. Evan joins Amber in investigating. But when chaos erupts, it threatens all that’s drawing them together. 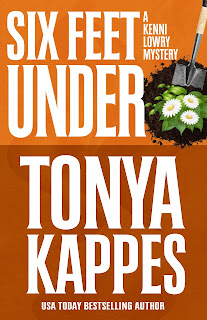 Too many cooks in the kitchen spoil the broth. And let me tell you, this broth is in trouble. Get ready for a Southern showdown.

The residents of Cottonwood, Kentucky are sent into a tizzy when the Culinary Channel comes to town to film an episode of Southern Home Cookin’ with celebrity chef Frank Von Lee.

Her mama’s award-winning chicken pot pie is what brought Frank to town, and they don’t make hair in the South bigger than her mama’s ego after the news.

When Frank Von Lee is found dead from food poisoning and the most likely culprit is Mama’s chicken pot pie, Kenni’s poppa, the former sheriff, comes back from the Great Beyond to assist in the investigation.

But nothing’s prepared Kenni for such a personal tie to a case, and she finds herself pushing the limits of the laws she’s sworn to protect.

This book’s so delicious it’ll make your mouth water and leave you hankerin’ for more. 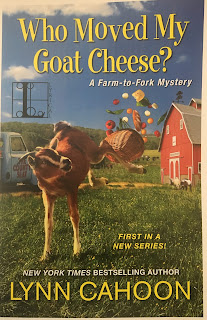 Angie Turner hopes her new farm-to-table restaurant can be a fresh start in her old hometown in rural Idaho. But when a goat dairy farmer is murdered, Angie must turn the tables on a bleating black sheep . . .

With three weeks until opening night for their restaurant, the County Seat, Angie and her best friend and business partner Felicia are scrambling to line up local vendors-from the farmer's market to the goat dairy farm of Old Man Moss. Fortunately, the cantankerous Moss takes a shine to Angie, as does his kid goat Precious. So when Angie hears the bloodcurdling news of foul play at the dairy farm, she jumps in to mind the man's livestock and help solve the murder.

One thing's for sure, there's no whey Angie's going to let some killer get her goat . . .