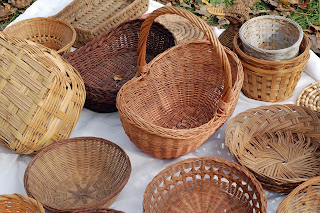 They did it again! They compared me to my sister.

Sometimes I wish I had Tally Holt’s parents. They’re weird—beyond weird, but at least they’re not here very much. One day they’re in Australia, the next in Brazil. I guess performing all over the world means that they’re successful.

Successful. That’s what my dad always says he is. He’s right, of course, since he’s rolling in it. Trouble is, he wants me to go into real estate, just like him, and make tons of money, just like him. It doesn’t help that my little sister, Violetta, is doing just that.

Sometimes when he sees the sign outside my shop, Bella’s Baskets, I think he’s embarrassed. He even said something once about “his” name being on my shop. It’s my name, too. Am I not Yolanda Bella? Whose name should I have used?

Yes, I’m jealous of my best friend’s parents. Her parents are nothing like mine, but, somehow, we have been very best friends forever. I’m so happy Tally opened up Tally’s Olde Tyme Sweets next to my basket shop. We are a dynamite duo, putting our products together just like I imagined it.

Nothing could ruin the future we have together in our business ventures. Nothing short of a dead body and a scandal.

Picture of baskets from morguefile.com