How Did I Get Here? 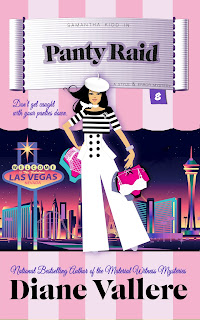 When the news hit about Tradava’s bad business practices, retail sales took a nose dive. At first, the employees hoped the trend was temporary. But as sales continued to suffer, it became clear the only way the store would survive would be to cut expenses. And the first place any retailer looks to cut expenses is at non-essential staff.

It is a horrible truth of retail that the people behind the scenes fall into this category. Shipping. Receiving. Hourly assistants. And, occasionally, buyers. It was this last category that explained why I, the lone employee of the catalog department, had been tasked to cover the lingerie shows.

I wasn’t all that surprised that the powers that be closed down the catalog division. The store had acquired the independent fashion e-zine, Retrofit, that I helped run a little over a year ago, and that’s how I came to work for them in the first (second) place. (My first go-round at Tradava was a little more troubled than that.) My boss and I worked well together until she moved to New Mexico to help her fiancé run an art gallery. The occasional postcard indicated she was transitioning nicely and wouldn’t come running back.

That was strike one.

When Nick’s assistant had been murdered in his showroom, his business suffered. He would have lost everything right then and there if I hadn’t had the idea to use an exclusive Nick Taylor Design on the feet of every single model in our pre-fall advertising campaign—the same campaign that was the backdrop for the news article about me. The shoe should have been a bestseller, but the downward trend at Tradava left it sitting on stockroom shelves until it was eventually marked down and liquidated.

That was strike two.

The Ribbon Eagle/Times newspaper article about me that ran in the paper and was picked up by the AP wire was my Hail Mary Pass.

(I’m not all that into sports.)

Tradava was left with a conundrum. There was nothing to advertise, so there was no reason to support the catalog department. But letting me go would send the wrong message to anyone who’d read the article, and thanks to the AP wire, that was a lot of people. More people than knew of Tradava in the first place.

So my job was safe. With conditions.

Before I attempted to work at Tradava the first time, I’d spent seven years climbing the corporate ladder at Bentley’s New York luxury department store as buyer of ladies designer shoes. Regardless of what could be said about my varied experience since moving back to my old hometown three years ago, the fact remained that I knew how to be a buyer. Tradava figured that’s what they’d have me do.

Buy. For a store that was slowly going out of business. They gave me the job that I’d left behind when I chose to start over my life, and the success of the company that paid my mortgage relied on my ability to do that job.

It was kind of a hockey stick to the face.