Saving the Town and #Giveaway 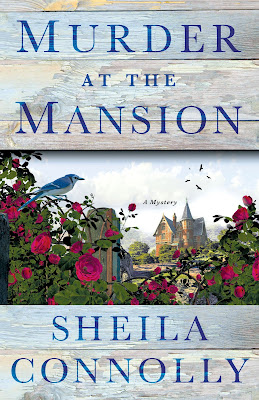 by Lisbeth Scott
from Sheila Connolly’s Murder at the Mansion

It’s all my fault. I invited Kate Hamilton to come back to Asheboro. And that kind of changed the town forever. Murder will do that. No, Kate’s not dead, but someone she knew most certainly is.

Kate and I were best friends back in high school. Then Kate went off to college and never looked back. I followed her career, and it seemed that she had some wonderful jobs along the way. The most recent was as manager of an upscale hotel in Baltimore, which is only an hour or two away but might as well be in a different universe.

I stayed in Asheboro, married Phil, the love of my life, had a couple of kids, Jeffrey and Melissa, and lived what I thought was a good life in my hometown. But I didn’t count on bigger things going wrong—like Asheboro going broke. I never would have thought that a town could do that, but when the money that comes in from taxes and the like turns out to be less than the money the town is required to spend on schools and roads and employees like the police (yes, even in a sleepy little town, you need police), then the town has a real problem.

I’ll give the town council members credit for trying to come up with a creative solution, but one of them—Cordelia Walker, another classmate—wanted to take her own idea and use it for her benefit. The council didn’t want that but since Cordelia was a bully it was hard to stand up to her. Then I had the brilliant idea of bringing Kate back to help the town out of its jam. After all, if she could run a deluxe hotel in a big city, she should be able to fix Asheboro’s problems. It took a little persuading, but since Kate was between jobs, and she loves a challenge (and I was the one who invited her and believe me, I played the Old Friend card), she said she’d come back to town and see what she could do to help.

That was before the murder. It didn’t surprise anybody that the victim was Cordelia, since there was no shortage of people who hated her. But that didn’t make it any easier to figure out who killed her. Trust Kate to figure it out. 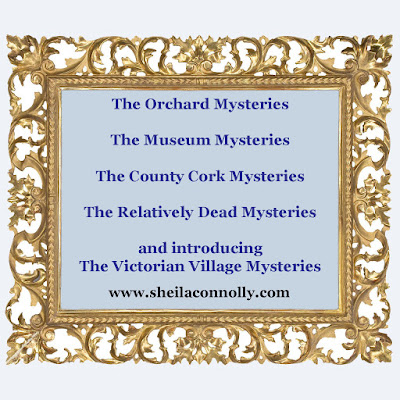 Looking for a good beach (or lake or mountain) read this summer? I'll be giving away a copy of Murder at the Mansion, the first of my new Victorian Village series.

Here's what reviewers have said about Murder at the Mansion:

"Exceeded my expectations. It blew me away. I will definitely be picking up the next one."
—Night Owl Reviews

"I fell into this novel head over heels. The author's description of the mansion is sheer bliss to read of, and a murder to go with it is always appreciated by a mystery fan. Don't miss this one."
—BookLoons


Leave a comment below (with your email address, please!) by midnight on July 27th, and you'll be entered to win!