Can We Call This a Vacation? #giveaway 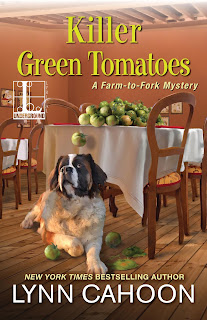 By Angie Turner from Killer Green Tomatoes by Lynn Cahoon

Time for a quick summer update. Felicia and I are heading south to California with a group to help cook for firefighters. The wild fires have been brutal this year and since we've been in business, we've always volunteered for a week during the summer to help out.

It's rewarding work. To see guys and girls come in from fighting, worn out that really appreciate a hot meal. This year, Felicia developed a protein bar. The County Seat crew baked and packaged hundreds of before we left River Vista to send out with the crews.

Of course, Ian came down with us. He's just got a do-gooder streak that I love. He'll be leaving late Thursday so he can be back to run the River Vista Farmers Market on Saturday.

We're staying around until Sunday then heading home. Felicia's been staying up late and talking to one of the crew chiefs. You can bet he's going to be showing up in Idaho sooner or later. She just has that sparkle in her eye.

I've got to go and get prepping for dinner. Estebe called earlier and updated me on The County Seat. I'm sure glad I can leave the restaurant in his hands. But I'm sure the rest of the crew will be happy to have us back. He can be a bit of a task master.

Talk to you soon...
Angie

Haven't started the Farm to Fork Mystery Series yet?  Comment on your favorite summer vacation or community service project to win an e-copy of WHO MOVED MY GOAT CHEESE, book 1 of the series.

KILLER GREEN TOMATOES
The time seems ripe for success as Angie Turner opens her farm-to-table restaurant in her Idaho hometown—until her new tomato supplier is accused of murder and Angie has to pick the real killer . . .

To Angie, nothing tastes more like summer than her Nona's fried green tomatoes. Eager to add the recipe to the menu at the County Seat, she's found the perfect produce supplier—her sous chef Estebe’s cousin, Javier. Just one problem: ladies’ man Javier’s current hot tomato Heather has turned up dead, and he’s the prime suspect. Somehow, between managing her restaurant and navigating a romantic triangle between Estebe and Ian, the owner/manager of the farmer's market, Angie needs to produce evidence to clear Javier—before this green tomato farmer gets fried . . .

Lynn Cahoon is the author of the NYT and USA Today best-selling Tourist Trap cozy mystery series. GUIDEBOOK TO MURDER, book 1 of the series, won the Reader's Crown for Mystery Fiction. She also pens the Cat Latimer series available in mass market paperback with SLAY IN CHARACTER coming in late 2018. In addition to releasing WHO MOVED MY GOAT CHEESE in March as part of the new Farm to Fork series, KILLER GREEN TOMATOES released July 3rd, 2018.