Fall is on its way and summer is winding down. Time to get out the books and relax into a good read with our September releases 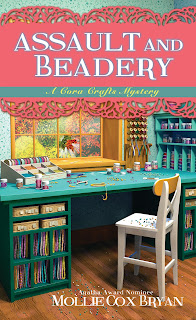 Mollie Cox Bryan
Assault and Beadery
Cora Crafts Mystery, #4
Kensington
ISBN B078QM4V66
All of Cora Chevalier’s dreams are coming true. Since moving to Indigo Gap, North Carolina, the busy crafting maven has been blessed with a great boyfriend, a lovely home, and a booming craft retreat business. But on the eve of her first Crafty Mom’s Escape Weekend, tragedy strikes again in Indigo Gap. This time, it’s curtains for Stan Herald, the disagreeable director of the local theater group, who’s murdered on the opening night of their new production. Worse, Cora’s friend Zee is accused of the crime.

Cora is determined to prove her friend’s innocence, but Zee’s mysterious past is making that difficult. And with a list of suspects longer than a double spool of satin cording, getting a bead on the real culprit won’t be easy. With her friends Jane and Ruby at her side, Cora must string together the clues and solve Stan’s murder before the killer gives an encore performance. 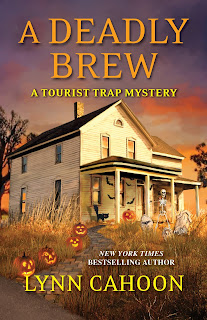 Lynn Cahoon
A Deadly Brew
Tourist Trap Holiday Novella's #2
Lyrical Underground - Kensington
ISBN: Not in print until May 19- B078LNGPBJ ASIN
As Halloween approaches South Cove, California, four couples get into the spirit of the holiday by conjuring up spirits. . .

The house has sat empty for fifteen years, taking up prime real estate along the picturesque coastline. Built by one of the founders of South Cove, its last known owner, Maryanne Demerit, vanished without a trace. Now her home will be demolished for a condo development, but until then, it’s the perfect spot for a Halloween haunted house.

Jill Gardner, owner of Coffee, Books, and More, her boyfriend, and three other couples are spending the weekend in the Demerit home. But what begins as an all-in-good-fun fright fest turns into a mystery begging to be solved as Jill is contacted by the ghost of Maryanne . . . 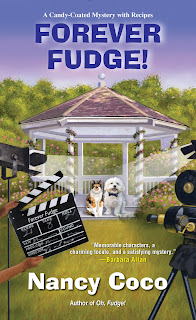 When a film crew comes to Mackinac Island, the last thing fudge shop owner Allie McMurphy expects to find is a murder victim . . .

It's Labor Day weekend, the official end of tourist season, and the beginning of a whole batch of trouble. First, the island is invaded by a TV crew filming a murder mystery pilot, and handsome Hollywood heartthrob Dirk Benjamin needs Allie’s help to prep for his role as local cop Rex Manning. Then, Allie’s bichonpoo Mal sniffs out a real murder in the alley behind the Historic McMurphy Hotel and Fudge Shop, a man shot in the head—with a note challenging amateur sleuth Allie to catch the culprit. Like it or not, the fudge maker has to square off against a crazy killer—but this time she may have bitten off more than she can chew . . . 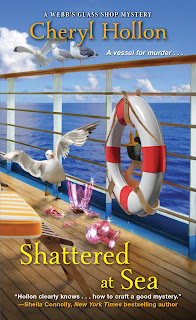 When Savannah signs on to perform glassblowing on a ship, part of the appeal is that she’ll get a chance to reconnect with her boyfriend Edward’s family. An added bonus is that Edward’s cousin, Ian, will be joining them on board. But when Ian disappears at the beginning of the cruise, the ship’s authorities initially consider it suicide.

Savannah tries to balance her growing suspicions with work on her shows, but her relationship with the other glass artists begins to crack. And she can’t let love color her judgment when Edward suddenly jumps to the top of the suspect list. His fate is in Savannah’s hands, and she’ll do everything she can—on land and sea—to clear his name . 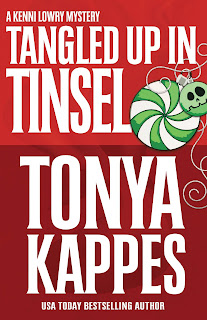 It’s Christmastime in Cottonwood, Kentucky, and Sheriff Kenni Lowry is determined to keep the peace. Vivian Lowry, Kenni’s Mama, is having a Christmas-size hissy fit because Kenni plans to spend Christmas in Chicago with her Deputy Sheriff-turned-boyfriend Finn Vincent and his family.

Plus, the snowstorm of the century is headed right toward Cottonwood, leaving the residents in a frantic frenzy and potentially derailing Kenni’s Christmas plans with Finn.

If that’s not enough to dampen the Christmas spirit, the ghost of Kenni’s grandfather—the ex-sheriff—makes an appearance, and that means only one thing: there’s been a Christmas murder, and there’s a tinsel-wrapped victim at the center of it.

Relying on her Poppa more than ever, Kenni uses him as the Ghost of Christmas Past to help solve the murder, but will it be in time for her to save Christmas in Cottonwood and hop on her plane to meet Finn’s family? 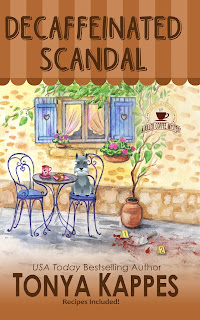 Corn maze, apple bobbing, and pumpkin carvings are a few of the things tourists, who are visiting Honey Springs Halloween Extravaganza, are expecting to see. But when a dead body is discovered on the banks of the Honey Springs Lake and a masked murderer running away from the scene, there's a realization this wasn't part of the holiday fun!

Roxy doesn't know what's going. There's been a murder and people are ordering decaffeinated coffee? She's got to get to the bottom before the town gets too sleepy and falls into recession right before the winter months hit the cozy town.

If you like quaint, cozy, small towns with a tasty murder, you're going to love the KILLER COFFEE MYSTERIES! Each book can be read as a stand alone! Start your adventure now and buy them today! 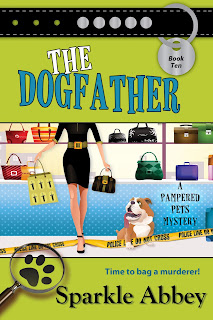 When a local, designer handbags store owner is found dead, the police first believe it’s an unfortunate accident. But the evidence doesn’t lie. Before you can say "wiseguy," Bow Wow Boutique owner, Melinda Langston’s, former fiancé and undercover FBI agent, Grey Donovan, is the prime suspect.
Now the two are working side-by-side to prove Grey's innocence— nothing personal, just business. Or is it? Suspects are piling up, family secrets are exposed, and no one is who they appear to be, including Mel’s newest employee. Time’s running out. Mel better sniff out the killer before she and Grey end up sleeping with the fishes.