And if you don’t know already, I’m Julia’s grandmother.  I’m very proud of my granddaughter.  She’s quite well-known in the city now and she has a wonderful astrology practice.  But to be honest, I worry about her a lot. 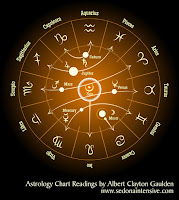 Why, you ask?  Well!  Let me tell you!  First of all, she doesn’t eat enough.  She refuses to cook and stuffs her mouth with whatever odd snack is laying around her apartment.  And there’s not a lot of those, believe me.  Like today, I’m baking a vegetable lasagna with homemade sauce.  It is a lot of bother for just one person, but I’ll give a few servings to Kuan, my good friend and downstairs neighbor, and then I’ll pack up most of it in little containers for Julia.  I know she loves it, even though she’ll freeze all of these and won’t thaw them out until she’s desperate.  But that’s okay.  At least I’ll know she has some decent food in the house.
I make my sauce in the crock pot now.  It’s easier that way.  I used to cook it on the stove for at least four hours, very slowly, but even though I’m retired, I don’t want to spend that much time cooped up in the kitchen, so I do it the easy way.  One big can of crushed Italian tomatoes, two small cans of tomato paste, add a few cups of water, one large onion chopped, a couple of cloves of garlic crushed, a couple of tablespoons of olive oil and lots and lots of oregano and basil.  And a little salt and pepper too.  I sometimes add meatballs, but my favorite thing to do is roll up a skirt steak stuffed with breadcrumbs and cheese, tie it up with string and drop it in the pot to cook for hours.  Delicious!

Where was I?  Oh yes, her astrology practice.  Not that that’s harmful at all, but her clients!  You can’t imagine the problems they bring her and next thing I know she’s up to her eyeballs in trouble, trying to help them and trying to solve crimes.  I’ve asked her if she thought perhaps she should have joined the police force.  You know what she said?  She laughed, and said ‘Never!  I could never be a cop.  I hate following the rules.’

On top of that, she lives alone.  Of course I worry.  You may not know this, but her fiancé was killed a few years back.  That was a terrible time, but she’s recovered and she’s put her life together.  She shown great strength and that’s another reason I’m very proud of her.  But I really would like her to meet someone new.  It’s been long enough.  It’s time she really came back to life.  That’s what I wish for her – happiness and a secure life.  But I guess that’s what all mothers and grandmothers want, isn’t it?  What do you think?  Do you think I worry too much?

You can read about her latest adventure in Tail of the Dragon, just out last month!  And you can learn more about our author, Connie di Marco, at her website, at Facebook and Twitter @AskZodia (that's the name of Julia's astrological advice column in the Chronicle).  Don't miss that either!
Submitted by Connie Archer