Counting Up from 1 to 6 – Plagued by Quilt #Bookgiveaway 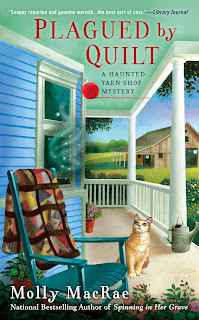 Season’s Readings! Mel Gresham, here, owner of the best café in Blue Plum, Tennessee. I’m doing at least double duty today, if not triple duty—by letting you know that the whole Killer Characters blog is celebrating this season of holidays with a month of giveaways, and by reminding you that Crewel and Unusual, book 6 in the Haunted Yarn Shop Mysteries comes out in January. To celebrate that good news, Kath and the rest of us in Blue Plum have been counting up from book 1 to book 6 by giving away a book each month along the way. This month we’re giving away book 4, Plagued by Quilt. 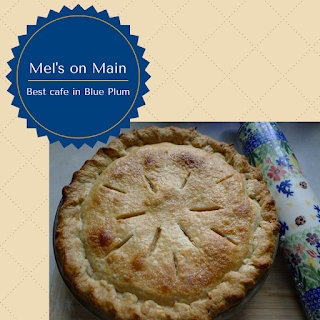 What’s going on in Plagued by Quilt? Kath and some of us in her needlework group TGIF (Thank Goodness It’s Fiber) are teaching a workshop for a group of gifted high school students at the Holston Homeplace Living History Farm. But our lesson in crazy quilts hasn’t been a match for the crazy antics of the site’s assistant director, Phillip Bell. He led an archaeological dig of the farm’s original dump site, hamming it up with equal parts history and histrionics—until one of the kids stopped the show by uncovering human bones.


And then Phillip was found dead, and, well, it’s going to be up to us—but mostly Kath—to thread the clues together before someone else becomes history.


So how am I doing triple duty? By wishing you all seasoned greetings, too, and sharing one of my favorite recipes for sweet potatoes—Molasses and Horseradish Sweet Potato Spears. Some people are a little tentative when they approach these beauties, but that’s no way go through life. It’s no way to solve a murder, either, and in Plagued by Quilt Kath and the rest of us prove we’re anything but. 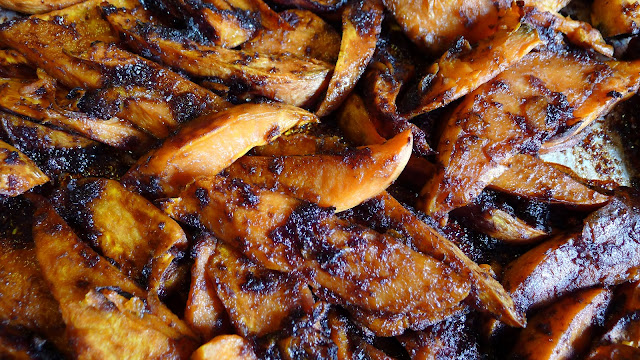 Put oven rack in lower third of oven and preheat to 450.
If potato spears are very long, halve them diagonally.  Toss potatoes with oil and salt in a large bowl, then spread in 1 layer in a large shallow baking pan (1 inch deep.)  Roast in lower third of oven, turning once or twice, until tender, 18 – 22 minutes.  Leave oven on.
While potatoes roast, bring butter, molasses, and horseradish to a boil in a small, heavy saucepan, stirring. Reduce heat and simmer, stirring occasionally, until slightly thickened and reduced to about ¼ cup, 10 or 15 minutes.
Drizzle glaze over cooked sweet potatoes and gently toss until coated.
Just before serving, bake glazed sweet potatoes in lower third of oven until hot, 3 – 5 minutes.
Note:  Sweet potatoes can be roasted 2 hours ahead.  Toss with glaze and reheat just before serving. 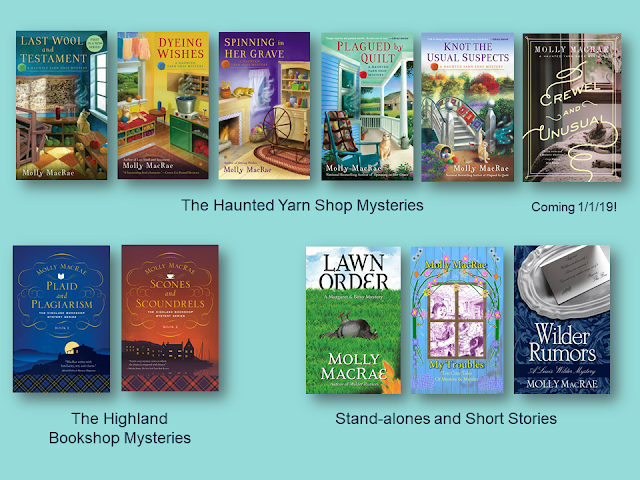