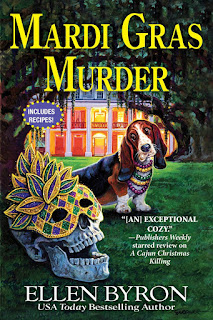 Hi there, y’all, I’m Tug Crozat. You’re probably more familiar with my daughter, Maggie, but I thought I’d drop by and fill you in on what all’s going on these days at Crozat Plantation B&B.

Mardi Gras is a huge deal in Louisiana. In addition to a parade, a pageant, parties, and Courir de Mardi Gras - Mardi Gras Runs - we have a gumbo contest that we guy have pretty much taken over. A lot of men in our village love to cook, and the only thing we like cooking better than jambalaya is gumbo. I always make mine a big old cast iron pot that’s so important to me I store it in our family safe between competitions. It’s been handed down to Crozat men from one generation to another. Nobody knows how old it is, but boy, do I love that baby. 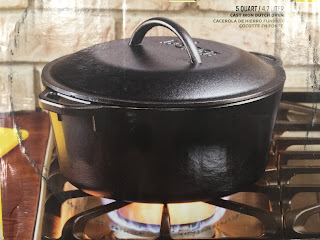 I always spend the week before Mardi Gras fixing up batches of my gumbo, making sure I have the right ingredients handy, doing a little fine tuning of the recipe, which I also keep in the safe. Crozat men have won the Pelican Mardi Gras gumbo contest more times than I can count. I got my eye on the prize again for this year.

I can’t imagine anything going wrong. Can you?

Readers, have you ever entered a cooking contest or wanted to? True confession: I always dreamed of entering the Pillsbury Bake-Off!

Comment to be entered in my Season's Readings contest for an autographed trade paperback copy of A CAJUN CHRISTMAS KILLING. (Kindle edition for Canada and other countries.) Perfect for the holidays! Contest runs from 11/17 through midnight, 11/20. Winner will be announced on Wednesday, 11/21. 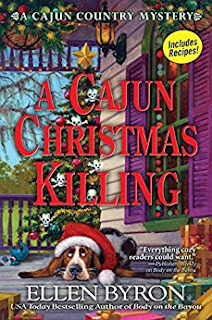