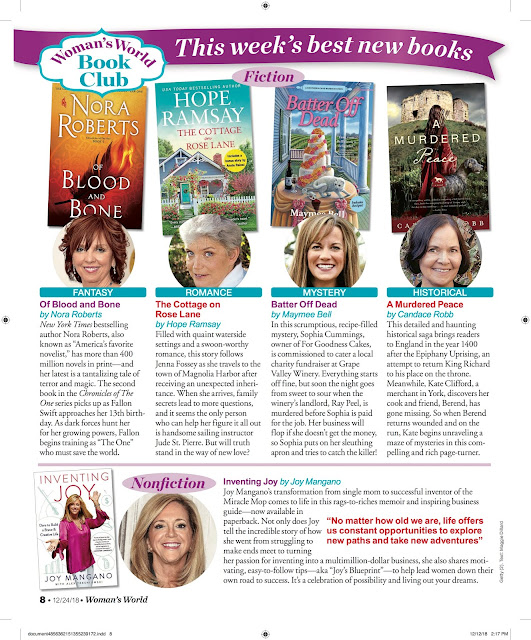 Just reading that makes my mouth water! Mmmmm, mmmmmm goooooood!
Good morning. . .well. . .it’s a good morning because I’m above ground. That’s the best I’ve got. Those? Those are Banana Pudding Cupcakes. You can help yourself.
Instead of me telling you about how my heart has been broken because I caught my live-in boyfriend cheating on me with the hostess of the restaurant where he’s the head chef and I’m the head pastry chef, I’ll tell you about how I came up with the recipe for the Banana Pudding Cupcakes.
Every restaurant in the south pretty much has banana pudding on their menu. As a kid, I liked the taste, but there was just too much of the pudding. My parents had taken me to one of those smorgasbords type restaurants. I remember taking a cupcake and a plate of banana pudding from dessert section. I wasn’t sure which one I wanted to eat and Bitsy, that’s my mama and how she likes for me to refer to her, was beside herself that I’d taken two desserts when people on the other side of the world just wanted one dessert. She was good then about making me feel guilty. Anyways, I did my teenage job of ignoring her and scrapped the icing off the cupcake. I scooped some of the banana pudding, with a piece of banana, and frosted the top of the vanilla cupcake with it. My dad watched from across the table with a look of disgust on his face. Of course I had to try it and no matter how bad it was, I had to pretend it was good. I’d taken a deep breath and bit into my creation. It was an experience I’d never had.
I guess the look on my face spoke so loud to my dad that he reached over with his fork and upon my agreeable nod, took a bite. The next day, there was a twenty dollar bill and a note from my dad that said to head to the grocery store and buy the ingredients I needed to create a real banana pudding cupcake.
That was, as we say in the south, all she wrote.
It happens to be one of the most popular desserts I make at The Manhattan, the restaurant where I work in New York. You know, the one I was referring to when my live-in…moving on!
Anyways, I took a couple of weeks vacation and found myself back in Rumford, in my parents home, in my old childhood bedroom.
Ugh. Not where I plan to be for too long. But if Bitsy has anything to do with you, she wants me to move back for good. No way!
Anyways, I’m beyond excited to hear what a dessert you love to eat. Tell me to be entered to win a Tonya Kappes tote bag along with It's A Southern Mystery, Y'all measuring spoon and jar opener along with lots of cozy mystery swag and Tonya Kappes print book! 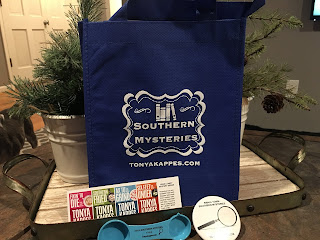 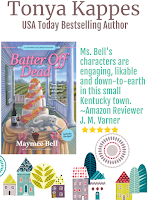 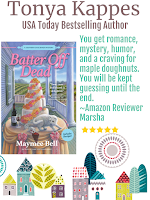 See why readers are loving Batter Off Dead and why Woman's Magazine made Batter Off Dead their book club of Christmas!
"Romance, a lovable bunch of eccentrics, and a collection of recipes with murder most foul."
—Kirkus
BUY THE BOOK!
Submitted by Tonya Kappes