Preparing for the Big Game

One thing I’ve learned from being a card-carrying member of the McCall family is to be very specific when I ask my family over for the big game. My wife, father, sister…they all work in the family’s vintage toyshop, so they’re gamers. Not so much video games, although they’ve been known to dabble. But they’re all avid board gamers. I guess I am too, but they can go to the extreme.

Case in point. Got a new flat screen last year and invited the family over. Pizza and wings on order (with bleu cheese, not ranch. This is the Buffalo area after all!) We had the chips and dip, nachos, and some great desserts. Doorbell rings, and there’s my sister Liz standing at the door with an armful of board games.

“I thought we could play in between the action,” she said, as she set up the Doctor Who Monopoly. (She knows my weak spot for Sci-Fi.) 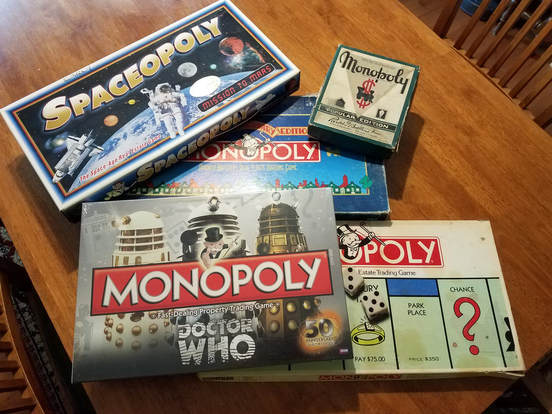 I’m a good sport, so we gave it a try. Little did I know she’d want to play during the game so she didn’t miss the commercials.

Now Cathy, she’s mainly into dolls, so she just dresses them all up in team colors for a tailgate party. A little off, but as long as the guys at work don’t see it, I’m okay with that. But watching the game is kind of the point.

So this year I got specific. I can’t tell her not to bring the games. I’m worried she wouldn’t come, and she still makes the best 7-layer dip around. So I compromised and said games are okay during pregame, halftime, and postgame, but they need to be stowed out of sight before the national anthem. Fair, right?

Question: Will you watch the game? Do you have a team you’re rooting for? Have any fun traditions or favorite munchies?