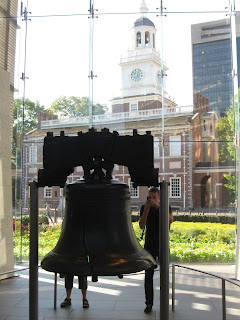 Remember me? I haven't been around much lately. I’m Nell Pratt, President of the Society for the Preservation of Pennsylvania Antiquities in Center City Philadelphia. I’ve been running the place for a couple of years now, and we haven’t gone broke yet, so I must be doing something right.

It’s June. I like June in Philadelphia (I like the city at other times of the year too, but June is particularly nice). It’s warm but not hot, and a lot of people have already left for vacation. The commuter trains are only half full. James, my live-in whatever he is, and I are getting comfortable in our Victorian house, and I’ve hired a summer intern for the Society, a graduate student who’s learning all about antiquarian books and bookbinding. He’s very enthusiastic and is learning quickly.

Which is why when he came to me with something unusual he’d found, I paid attention. He’s been cataloguing the books from a batch that had been left to the Society by a long-time member who had died recently, and in one book he found what looked like an old letter inside the binding. Yes, inside—sewn into the cover. My first thought was that it was nothing more that padding added when the book was rebound a hundred years or so earlier, but Dylan thought there might be more to it, so I told him to go ahead and explore (if he could do it without damaging the book). He was right: it was a letter, but the ink was so faded it was impossible to read.

But James works for the FBI in Philadelphia, and they have a basic lab, so Dylan and I trotted over there and asked for their help to decipher it, and they found a way with their super science machines. It turned out that there was something written—or drawn?—in ink on the page, but it didn’t help us to understand it. So of course I called Martha Terwilliger, friend and Society member, who knows everything there is to know about Philadelphia, and she recognized our paper as a small, hand-drawn map, and she knew what part of the city it showed.

And that’s where the whole mess started. I won’t bore you with the details, but we found that site, which was being cleared for a new construction project. And then we found a whole lot more. Let me tell you, Philadelphia is full of surprises. And what I learned in school left out a lot of the good stuff. 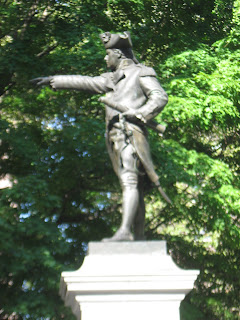 Nell Pratt and friends have been on a break for a while, but Beyond the Page Publishing has adopted the series, and the first new book will be released in April 2019. I think (we're still polishing it). There are still plenty of things to say about Philadelphia and its long history, and this book has a few surprises (even to me, and I worked in Philadelphia for years).

Have you visited Philadelphia? What's your favorite place there?