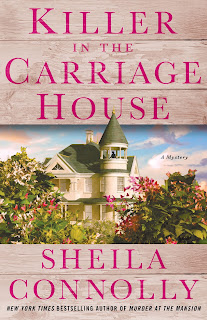 It's me, Kate Hamilton, back again. I’ve been staying in Asheboro, my former hometown in western Maryland, for nearly a month now, after my high-school best friend invited me to come save the failing town. I don’t know why she thought I could help, and I definitely don’t know why I accepted the challenge. My last job had been as a hotel manager in Baltimore.

But I had needed a new job, and this one would definitely be interesting. If it was possible to do what the town needed.

So somehow I managed to convince the town leaders to support this fantasy project (not that they had any money to throw at it), and I’d been talking to store-owners in the town about their ideas of what they’d like to see. Oh, and I helped to solve a murder of someone I had known (and not exactly liked) in high school there.

So now here I was, camping out in a bed and breakfast, sketching plans (what can you do with no money?), and, oh yes, finding another dead body. Silly me, I’d thought this would be an interesting job. It’s certainly not boring.

Still, with the help of Josh Wainwright, who’s a college professor in Baltimore but had agreed to act as caretaker for the town’s only mansion during his sabbatical (part of the reason was to recover from his recent divorce—and he got a free apartment in the mansion’s carriage house), and my friend Lisbeth, and my long-ago ex-boyfriend (who’s now a lawyer), we came up with an unexpected solution to the town’s problem, and one that would draw tourists to the town.

We’re still working out the details of our plan, but things are a lot more interesting than I thought they’d be. (Thomas Edison even gets to play a part!)

Killer in the Carriage House will be released on July 9th. But! Leave a comment and you could win an Advanced Reader's Copy (which I already have) now.