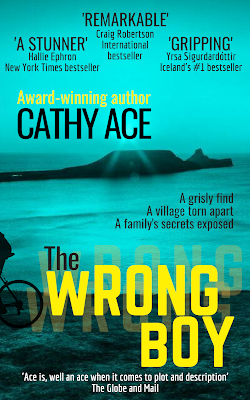 
Situation: FINAL CHAPTER OF A NOVEL OF SUSPENSE!

(Note from author: the final chapter of my latest book is set on Easter Monday, 22nd April. I couldn’t resist bringing you an EXCLUSIVE EXCERPT directly from the book, on that VERY date! I realize you won’t know who all the characters are, nor exactly what’s happening…but maybe you’ll want to find out more by reading the book. Don’t forget to sign up for my newsletter to make sure you get notice about any special deals. By the way - I hope you have been enjoying a very Happy Easter!)

NEWS UPDATE: It was just announced that the THE WRONG BOY has won the IPPY Awards bronze medal for Best Regional E-book Fiction (yes, that's ALL fiction, folks, with entries from around the world!). 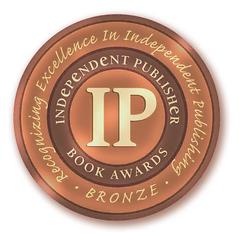 (Note to readers: Betty Glover is the psychotherapist wife of just-retired Detective Inspector Evan Glover, of the West Glamorgan Police Service. They're staying overnight at The Dragon's Head pub to ensure the safety of Helen Jones, whose daughter Sadie lives at the pub with her. Bob is Helen's ex-husband. "Liz" is Detective Sergeant Liz Stanley, who was Evan's subordinate prior to his retirement.)

‘Evan, wake up. I think there’s someone moving around downstairs.’ Betty checked the time on her phone. ‘Evan, it’s not quite half past four. Do you think there’s an intruder?’ Her mind leaped to Bob, and Helen’s safety. She shoved her husband in the ribs. ‘Wake up, Evan.’
Sitting upright, Evan looked puzzled.
‘You look like you’ve been shot. Out of a cannon,’ said Betty quietly.
He scratched his head. ‘I feel like I have been. Dear God, this bed’s a mass of lumps. What’s the mattress filled with? Horsehair? What’s wrong, anyway?’
‘Listen,’ hissed Betty. They did. ‘There, did you hear that scraping sound?’
‘I can hear many sounds that are utterly unfamiliar to me, love. We’re in a strange bed, in a strange place; everything’s either too quiet, or a weird noise.’
‘I’m having a terrible night, Evan. Awful dreams when I can catch a nap, but mainly just lying here listening, thinking. I can’t stop thinking.’
Evan sat more upright. ‘Come on, love, you need your rest. Look, we’ve taken on this task of looking after Helen for tonight, but this can’t go on. It’s got to be resolved within her family.’
Betty sighed. She knew he was right. That was why her mind was racing. ‘That scraping noise isn’t downstairs, it’s outside,’ she said quietly. She felt more than a little annoyed with herself.
‘Probably. But tell me, what’s the plan for the morning? Are we staying? Going?’
Betty tried to plump up the ancient pillow she’d been wrestling with for hours. ‘Don’t you think we should stay at least until Liz gets here? I know we can’t be involved in the interview, but we can be here for the fall out.’
Evan sighed his acceptance. ‘Cool as the proverbial cucumber Sadie was when she got back here tonight, wasn’t she? Amazing. As if nothing had happened. Seemed to be surprised her mother was in plaster. And so dismissive of us two running around the village trying to track her down, when she’d been swanning around God only knows where.’
Betty smiled. ‘I know we’ve sometimes wondered if we’ve been unfortunate to not have kids – well after a few hours with that one I can tell you it was most definitely a blessing. I’d be locked up for murder or madness by now if I’d had to put up with that for years.’
‘The word “madness”? From you? That’s not a word you professionals use, is it?’ mugged Evan.
‘Turn of phrase, cariad.’
Evan whispered, ‘Maybe she took a chance before going to bed to apologize to her mother, in private. You know, saving face in front of outsiders. We’re not family, and we’re also not People of the Dragon.’
‘And you can stop all that malarkey, too. Dragon’s this, and Devil’s that? This is the twenty-first century, Evan. Move on.’
He grunted. ‘What about Bob possibly coming here for lunch? Is that something we should stay for, do you think? Even if Sadie’s taken in for questioning, maybe Helen won’t be up to going with her, and he might still show up.’ Evan sounded a little testy.
‘Unless there’s a way to stop him coming, then, yes, it might not be a bad idea. It’s so frustrating that your lot can’t do anything until a stalker crosses a line. It must be a living hell for the victims.’
Evan sounded tired. ‘I love you, and I respect what you’re saying, but we’ve been through all this before. However, I will talk to Liz about it in the morning. Since the last time all that stuff happened to Helen things have changed; there are new charges that can be brought. The victim still has to play an active role in gathering evidence and presenting it to the police but, yes, there are now actions that can be taken that couldn’t even be considered back then. And before you say anything – no, there still isn’t enough done about it, and yes, there are thousands of victims we still can’t help, and no, I don’t think the money will ever be there for the police to be as effective as they could be, and no, I don’t think that there’s adequate protection for victims when a culprit is released. I get it, love, I do. But . . .’
‘I know all about the changes, Evan, and I’d like to say “too little, too late” for many women, but I understand that something is better than nothing, and that at least now the law has some teeth.’
Betty knew her husband understood, and was as frustrated as she was.
She added, ‘Removing a stalker from society can allow them to get the professional help they need to be able to come to terms with the fact that what they are doing is abnormal, as well as giving the victim a chance to get their life back.’
‘I know. But it’s still all about resources, isn’t it?’ said Evan heavily. ‘However, on this occasion, we can be the resource, the support system. I understand why Helen doesn’t want to be in the same room as Bob; he treated her in a truly criminal manner, so we should take our chance to stand up for her. We’ll stay.’
‘I love you, cariad.’
‘Good. Now let’s try to get some sleep.’
Betty snuggled down, as best she could, beneath the skimpy eiderdown – the like of which she hadn’t seen since she was a child, staying with her grandmother.
She was delighted Evan had suggested talking to Liz about the situation between Helen and Bob the next morning.
However, as she tried to ignore the strange sounds which seemed to echo through the house, she realized how terribly isolated the village was, and she even began to understand why the old beliefs, and ways, might linger in a place like Rhosddraig – where the thick stone walls of the picturesque cottages had the potential to trap people inside them, rather than keeping unwanted visitors out.

Perched on a Welsh clifftop, the ancient, picturesque hamlet of Rhosddraig has its peaceful façade ripped apart when human remains are discovered under a pile of stones. The village pub, The Dragon's Head, run by three generations of women, becomes the focal point for those interested in the grisly find, and it’s where layers of deceit are peeled away to expose old secrets, and deep wounds. The police need to establish who died, how, and why, but DI Evan Glover knows he can’t be involved in the investigation, because he's just two days away from retirement. However, as the case develops in unexpected ways, it becomes irrevocably woven into his life, and the lives of local families, leading to disturbing revelations – and deadly consequences . . .
You can find out more about Cathy Ace, her Cait Morgan Mysteries, her WISE Enquiries Agency Mysteries and her newest works at her website - by clicking here.