By Sully Sullivan, from the Theater Cop Series by J.A. Hennrikus 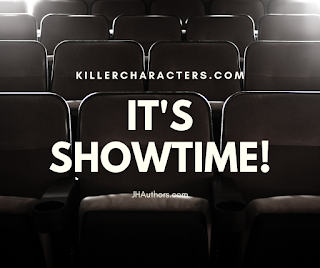 I was a cop for a long time. A long time. Then I went to work in theater, which I thought was going to be a cushy job after years on the job. Yeesh, I was wrong.

You know the adage, the show must go on? Before I started working at the Cliffside Theater Company, I thought that was just a saying. Little did I know, for theater folks, that's the truth. Actor sick? Send someone on with a script. Costumes not ready? Put them in street clothes. Theater lights not working? Keep the house lights on. These folks are hard core.

I've only seen one thing that almost stopped them. That was the year of the failed Easter egg hunt.

Now, it wasn't Easter. It was July. But we had an intern who found a basket of Easter eggs, and decided it would be fun to hide them around the theater. Our summer theater was, is, outdoors, so she took the two dozen eggs and hid them all around the theater, on stage, in the audience, and in the dressing rooms.

The problem was that the eggs had been left over from Easter, and the basket was moved to storage without emptying it. And they were hardboiled.

Did I mention it was July? And the theater was outdoors.

Did you know that there are vermin who love, and I mean love, rotten eggs? Or at least cracking them open and throwing the inside around?

Do you know how badly rotten eggs smell?

Yes, the failed Easter egg hunt almost closed us down. Happily, the high school was air conditioned and available, so we moved for a night. And the show went on.