Spring’s on it’s way, so lets get reading. Here are our new cozy releases for April 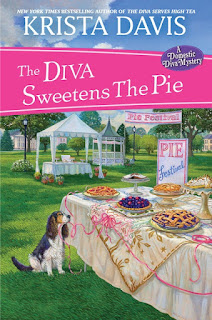 Nothing heats up Old Town quite like the annual Pie Festival, and this year is no exception, especially since Sophie’s professional rival, Natasha Smith, is barred from participating. Sophie, meanwhile, has been asked to oversee the pie eating contest. But the drama really rolls out when celebrity judge, Patsy Lee Presley, host of television’s most popular cooking show, bites the crust during the competition, and Sophie’s friends are suspected of the crime.

As the folks of Old Town dish, the tough truth about Patsy’s meteoric rise to domestic stardom begins to leak. It turns out that Patsy’s sweet exterior hid a secret sour side, which alienated many of her closest allies, including a jilted ex-husband, a bitter ex-mentor, and a jaded ex-best friend. With the festival falling apart, and her friends in danger of being boxed up for murder, Sophie must cobble together the clues and stop a flakey fiend from serving up any more deadly desserts. 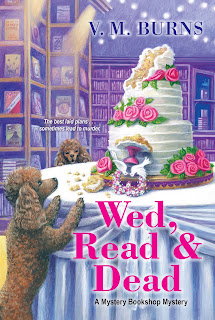 Sam's mother can't wait to wed her wealthy beau, Harold Robertson. The big mystery is how they're going to pull off a lavish wedding in three weeks. Harold's snobby sister-in-law proposes a solution: engage flamboyant wedding planner Lydia Lighthouse. But their beacon of hope quickly sends everyone into a blind rage, most of all the groom-to-be. So when the maddening micromanager is strangled with her own scarf, it's a shock, but not a surprise.

It’s a case of art imitating life as Sam pens her next historical mystery set in England between the wars. Lady Daphne Marsh insists on marrying Lord James Browning on Christmas Eve, three weeks hence. But when the fop planning their wedding ends up with a knife in his back, she vows to nab the backstabber before she walks down the aisle.

Meanwhile, when she’s not writing, Sam and her beloved and boisterous Nana Jo rush to shine a light on Lydia's killer—so her mother's new husband won't spend his honeymoon behind bars . . . 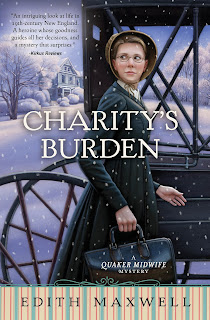 Edith Maxwell
Charity's Burden
#4
Midnight Ink
ISBN:  978-0738756431
When Charity Skells dies in winter of 1889 from an apparent early miscarriage, Quaker midwife Rose Carroll wonders about the copious amount of blood. She learns Charity’s husband appears to be up to no good with a young woman, a mysterious Madame Restante appears to offer illegal abortions and herbal birth control, and a disgraced physician in town does the same. Rose once again works with police detective Kevin Donovan to solve the case before another life is taken 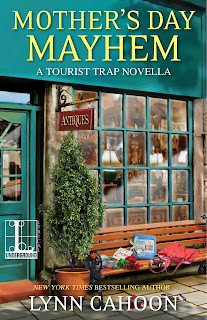 Picturesque South Cove, California, is the perfect place to celebrate Mother’s Day, but not everyone is feeling motherly . . .

Jill Gardner, owner of Coffee, Books, and More is almost out of Mother’s Day cards. She has a few more in stock, but she’s set them aside because she needs Greg’s help choosing one for his mother. It’ll be Jill’s first time meeting her boyfriend’s mother, and she’s understandably nervous.

Turns out Jill isn’t the only one having feelings about mothers. Kyle, who works at the antiques store next door, needs to find the perfect card for a mother he hasn’t seen since he was five—when she went away to jail. But her arrival in South Cove isn’t exactly celebratory, her behavior toward her son unexpectedly restrained. Piqued, Jill discovers that a mother can never be replaced . . . 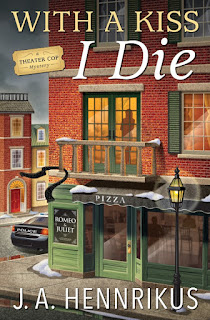 When Edwina "Sully" Sullivan, a retired cop turned theater manager, learns that a production of Romeo and Juliet—which Cliffside Theater's Dimitri Traietti left town to direct—is in serious trouble, she sets aside her grant applications and heads to Boston to help.

Between managing Dimitri, consulting with costume and set designers, and schmoozing with potential funders, Sully puts on nearly every hat in the biz. But the one hat she doesn't expect to wear is that of her old job as a cop. When a socialite is murdered in Boston's Public Garden, Sully's ex-husband becomes the prime suspect. So she reprises her role as an ace investigator and once again steps into the spotlight to solve a crime. 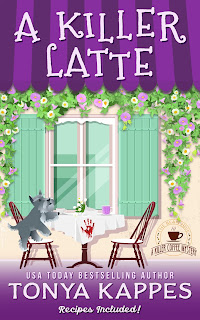 When film actress Daisy Lemon comes in for a taste of the Star Studded Latte being served at the Bean Hive, Roxy Bloom is excited to serve her one. It would be  good for promotion for Roxy to get a photo of the famous actress drinking her creation, only Roxy is witness to Daisy's kidnapping.

The Star Studded Latte is now know as the Kidnap Latte, bringing national attention to the Bean Hive, attention that's not necessarily welcome.

With production on hold and Stephen Lemon, Daisy's husband, as the number one suspect, Roxy puts back on her law hat to help Stephen not only clear his name, but find Daisy before Honey Springs is no longer known for the cute, southern, lake tourist town due to the sudden spotlight on the cozy town.