New Releases for May

Spring has sprung! And it’s time for spring reading. Here are our new cozy releases for May 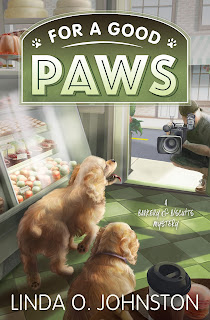 Linda O. Johnston
For A Good Paws
Barkery and Biscuits Mysteries, #5 (and last)
Midnight Ink
ISBN: 978-0738752440
Barkery owner Carrie Kennersly is leashed with a tale of two culprits
When Carrie Kennersly, owner of a two-part bakery that serves tasty treats to both dogs and humans, learns that a local killer is being paroled, she worries that danger will come barking at her door.
Ten years ago, Mike Holpurn was convicted of murdering the first female mayor of Knobcone Heights. Now, shortly after his release, Holpurn puts the whole town on edge by yelling at the former mayor's husband, Henry Schulzer. After Schulzer is found dead, everyone assumes Holpurn is the culprit. But Carrie thinks there's more to the story, especially since Holpurn claims Schulzer was the one who killed the mayor. Carrie is determined to uncover the truth, even if it means things will get ruff. 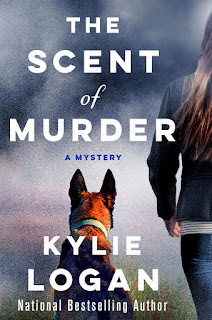 Jazz Ramsey has the perfect life—a challenging job, a family she adores, and volunteer work she’s passionate about—Jazz is a cadaver dog trainer and handler.  She’s putting a dog through its paces when she discovers the body of a young woman, once a student at the school where Jazz works.  The lead detective on the case is Jazz’s former lover, and like it or not, Jazz is pulled into the mystery—and into the search for the truth. 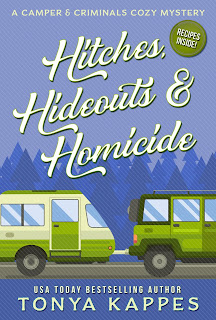 A Campers and Criminal Mystery Series is another brainchild of USA Today Bestselling Author Tonya Kappes. If you love her quirky southern characters and small town charm with a mystery to solve, you're going to love her new cozy mystery series!

Everyone in Normal is excited for the Hoe Down to celebrate the opening of the new Old Train Station motel grand opening.

The evening comes to an abrupt end when a lightning storm knocks out all the power. At least, that's what appears to have knocked out the electricity. But things aren't always as they appear.

Mae West has a way of sticking her nose where it doesn't belong and finds herself in a dangerous situation when she finds a treasure map that leads to more than just treasure. . . a dead body!