A Bit of Pressure and a #Giveaway!

Hi there. My name is Savannah Webb. I own the stained glass shop on Central Avenue in St. Petersburg, Florida. It's located in the Grand Central District right next door to the Queen's Head Pub, a local favorite. It also happens to be owned by my fiance, Edward Morris.

He's pressuring me to set a date for the wedding. I'm finding that difficult. I shouldn't be having any trouble. I love him to bits and pieces. I have no close relations to object and I adore his family. Oh, even better, he's British, so there's that delicious accent as well as heavenly good looks.

I've known him for about seven or eight months now and we've been living together in my late father's Craftsman cottage. There have been some adjustments, of course, but we've been unbelievably happy.

However, there's one subject I haven't talked about with him. Oh, it's not about having children, we both agree on at least two maybe even three. Nope it's about changing my name. Yes, I know it's not a difficult question, but as yet I don't fully know how Edward will react to my preference to keep my maiden name.

My justification is pretty straightforward and simple. I own Webb's Glass Shop and I would like to honor the memory of my parents by keeping their name.

There are alternative solutions, of course. I could agree to hyphenation, but that gets complicated. You know, on application forms, passports, utility bills, and especially children's names. Although his parents are very traditional, I think they would be gracious no matter what we decide.

How and when should I ask him?

There's a #BOOKGIVEAWAY! Leave a comment and your email address in the form of yourname(AT)server(DOT)com to foil the SPAM bots. Do this by midnight on May 26 for the chance to win a signed Advanced Review Copy of Down in Flames. This giveaway is limited to U.S. and Canadian residents. Winner will be notified within 48 hours.

Down in Flames will release on June 25, 2019 and is available for you to order at Amazon, Nook, Kobo, and in your favorite bookstores. It is published by Kensington Books.  If your budget is tight, please ask your library to order it.

About Down in Flames:

A fatal hit-and-run in front of Savannah Webb's glass shop proves to be no accident. . .

A highlight of Savannah's new glass bead workshop is a technique called flame-working, which requires the careful wielding of acetylene torches. Understandably, safety is a top priority. But as Savannah is ensuring her students' safety inside, a hit-and-run driver strikes down a pedestrian outside her shop.

The victim is Nicole Borawski, the bartender/manager at the Queen's Head Pub, owned by Savannah's boyfriend Edward. It quickly becomes clear that this was no random act of vehicular manslaughter. Now the glass shop owner is all fired up to get a bead on the driver--before someone else meets a dead end . . . 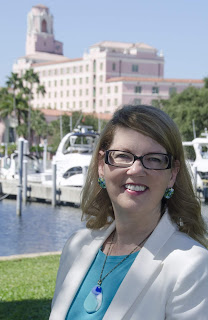 Fulfilling the dream of a lifetime, she combines writing with a passion for creating glass art. Cheryl and her husband, George, live in downtown St. Petersburg visiting museums, walking the parks, and sampling the adult beverages.